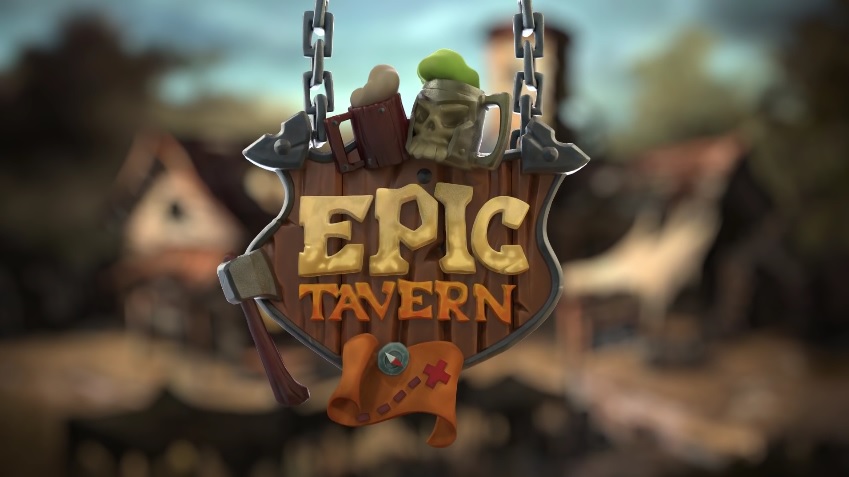 It’s rare that you get an RPG which tasks you as the person behind the bar, directing the starry-eyed adventurers to kill the local cave troll. Epic Tavern seeks to redress the balance, casting players as the local village publican whose job it is to provide bed and board for the local crop of brave heroes, before sending them off on whatever errand has been posted on the pub bulletin board. As the Tavernmaster, you act as part caterer and part recruitment manager as you gather together the right party of adventurers to complete a quest, based on the food, furniture and services you provide in your tavern.

The choice of clientele determines what sort of establishment your tavern is going to be, so if you cavort with local brigands and highwaymen, expect your local to become a den of iniquity. However, if you run an honest tavern where the knights and wizards of the local castle come for their tipple, your pub will become a beacon of hope for the surrounding area. Similarly, sending certain parties on quests will effect what sort of food you may serve or the relative safety of nearby lands. You make peace with the local goblins and they may send a special keg of Goblin Ale to entice more punters into your pub. Send a pack of bloodthirsty warriors to clear out the local goblin hovel and expect less green-skinned patrons coming in for a pint after a day down the mines.

The team behind Epic Tavern, Hyperkinetic Studios have plenty of experience working with games with reactive systems, with many of the 15 person staff working on previous titles like Deus Ex, Dragon Age and The Sims. According to Rich Bisso, CTO of Hyperkinetic Studios, “Epic Tavern’s dynamic quest lines and macro-level party management fuels an RPG that places the fate of a tavern, its patrons and the surrounding world in the hands of the Tavernmaster.”

Based on the initial announcement trailer, I can say I will definitely be starting up a local pub when Epic Tavern comes to PC in Q1 of 2017. It presents a welcome change from dungeon crawling or assembling massive armies as you would see in most SRPGs, instead tasking you with putting out the right flavour crisps in order to attract just the wizard you need to go slay the earth elemental that’s holding up your cider shipment. Check out the trailer below and expect more Epic Tavern news soon.