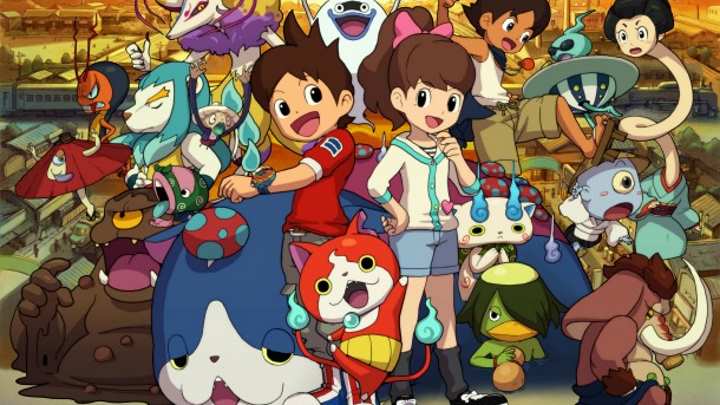 Nintendo and Level 5’s monster befriending franchise Yo-Kai Watch proved to be a big success when originally released for Nintendo 3DS last year in America, and is enjoying a similar reception here in Europe. As a result of this, it has been revealed that the sequel will also be released in the West later this year. Unlike the original, Yo-Kai Watch 2 is split into two distinct versions named Bony Spirits and Fleshy Souls.

Both versions will have exclusive rare species of Yo-Kai, as well as slight variations in story line and mission content. Yokai-Watch 2 will feature the return of favourite characters such as Nate, Katie, Whisper and Jibanyan as well as all new Yokai to befriend. The new storyline will take the wearers of the Yokai-Watch on an adventure through time, visiting the history of the town of Springdale and beyond. If you are wondering when the game will ‘enspirit’ your Nintendo 3DS, the Yo-Kai Watch 2 duology will be available on September 30th 2016 in North America.

It is unknown at present if Europe will receive the game this year, but the announcement of an American release is always one step closer to the eventual announcement. Are you excited to getting more adventures in the world of Yo-Kai Watch? Let us know what you think in the comments below.