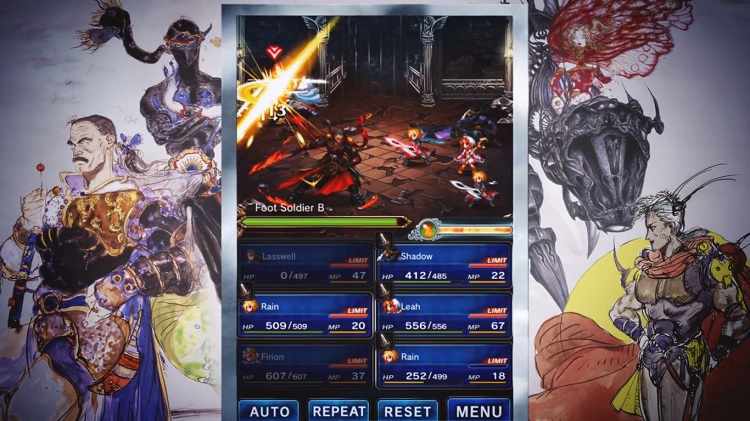 If you are looking for some mobile Final Fantasy goodness which isn’t a horrendous port of one of the original games then you may be in luck. Square Enix have today announced that mobile exclusive Final Fantasy Brave Exvius (say that five times fast) is coming to the West in the summer. Developed by both Square Enix and gumi inc, Brave Exvius revolves around two knights from the land of Grandshelt who must travel across the world to save a crystal and a young girl from the forces of darkness. Stop me if you’ve heard this all before.

It sticks to the formula of old Final Fantasy titles, with turn based combat, dungeon crawling and airship piloting as you banish the darkness from the kingdom. Also, as seems to now be tradition with any spin off Final Fantasy game, there are cameos from characters from the mainline series, including Vivi, Zidane, Exdeath and even Biggs & Wedge. Check out the trailer below and expect Brave Exvius on iOS and Android devices in the next few months.