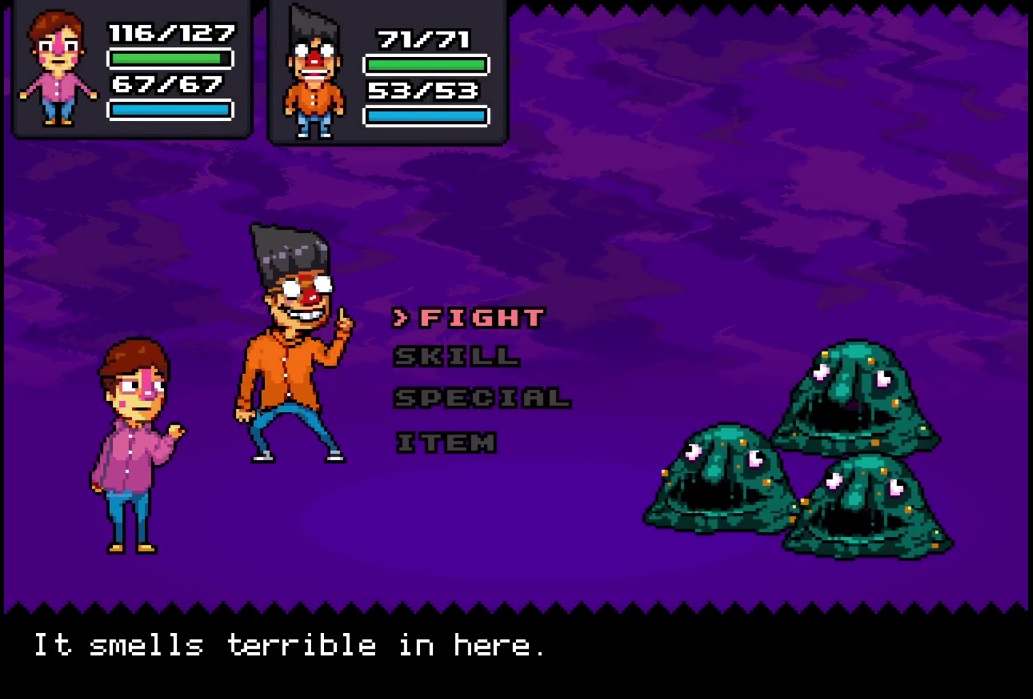 Third in an on-going series of teasers for his eccentric RPG, Andrew Brophy has released a new trailer for Knuckle Sandwich which shows the combat system in action. The basics of battle are very similar to something like Paper Mario where you and a partner deal damage by picking attacks from a menu and then successfully inputting a timed button press to pack an extra punch. Along with your standard strikes, party members can use special skills like ‘Curl Up’ to bolster defence or ‘Mystery’ to put enemies to sleep.

So far, everything is your standard RPG fare but what really sets Knuckle Sandwich is its Special moves, which are more like WarioWare minigames than elaborate summon cutscenes. One move has players moving a hand through a maze to fistbump another, while one Special tasks you playing pinball to whack enemies on the head. Other characters promise to have even more ludicrous Specials so expect completing a WarioWare-style mini game gauntlet in order to perform your ultimate attack.

At the end of the trailer, the friendly neighbourhood combat vampire teases that a version of Knuckle Sandwich will be playable sometime in the near future, if you sign up to the mailing list on the official site. If the combat preview has tickled your fancy, make sure to put your email down to get a chance to play Knuckle Sandwich early.