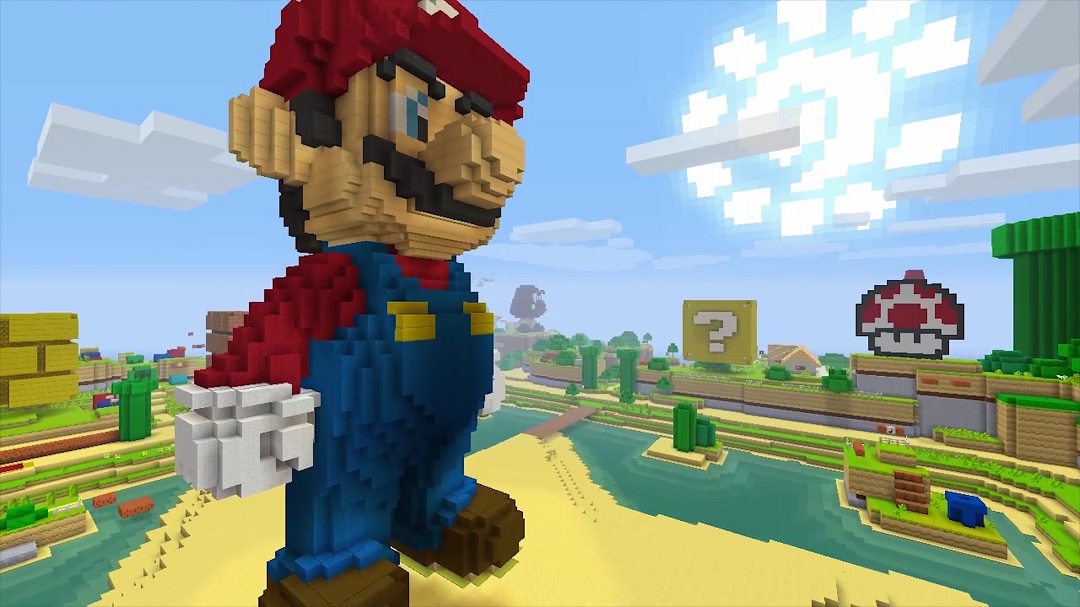 This will probably be the closest you’ll ever get to Steve in Super Smash Bros. In a free update coming to the Wii U edition of Minecraft, Mojang have officially partnered with Nintendo to create a special Super Mario themed update. Essentially, Microsoft have worked with Nintendo to put its mascot in one of Microsoft’s largest IPs. Tell that to someone five years ago and their head would have exploded.

This Mario update includes 40 new Mario-themed skins, including ones for Peach, Luigi, Mario, Wario, Bowser and even the seven Koopalings. Enemies are also reskinned with the cows looking like the ones you find in Moo Moo Meadows, Goombas replacing Slimes and Dry Bones replacing Skeletons. Blocks have also been reskinned, with TNT resembling POW Blocks while Flint and Steel looks like a Fire Flower. Players will also get access to a pre-made Super Mario world, complete with Minecraft replicas of famous Mario locales like Peach’s Castle, Delfino Plaza and Donut Plains. Even the soundtrack has been changed, with the normal Minecraft music being swapped for iconic themes from Super Mario 64.

This Super Mario mash up pack will be available for free on the 18th of May so look forward to building your own Mario levels in Minecraft, instead of Super Mario Maker. I can already forsee a 1:1 replica of all the Super Mario 64 levels within the next few weeks.