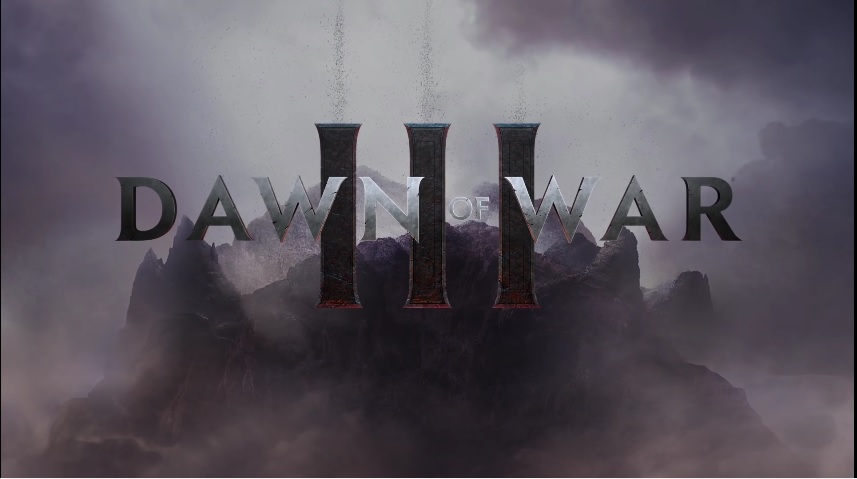 Grab your massively oversized armour and praise the God Emperor as Dawn of War 3 is indeed real, as shown through a short CG trailer on the official Dawn of War Youtube channel. The trailer is true to the grimdark world of Warhammer 40,000, with Space Marines, Orks and Eldar smacking seven shades of shit out of each other on what looked like the planet from Prometheus. Besides that, the trailer was fairly light on actual information apart from revealing that that giant rock structure from the teaser image was actually a mass grave where all of the soldiers from each army were being thrown into. What a lovely image to end a trailer on.

While the trailer might not have shown a lot of information, PC Gamer have been able to get an early hands on with the game and are going to tell all in their latest issue, which actually comes with a Steam key for Dawn of War 2 if you wish to get up to speed with the franchise. The main takeaways from their early write up are that armies and base building are back, with Relic returning to the style of combat that was seen in the original Dawn of War, rather than the squad based skirmishes of its sequel. There will be elite units, which are somewhat similar to the squads of Dawn of War 2, with players collecting these super units as they play through the single player campaign, acting like miniatures you would collect if you were playing tabletop 40K. Similar to picking and counter picking heroes in a MOBA, players will select up to 3 elite units at the start of each game, with each faction getting its own selection of unique fighters. There are also giant super units like a giant mechanised Knight for the Space Marines which has gatling guns for arms, as well as super abilities like an orbital laser strike which can cut through an entire army like a chainsword going through Tyranid flesh. Again, check out the PC Gamer article for more, as well as their upcoming issue for all the juicy information on Relic’s return to the 40K universe.

Check out the trailer below and expect way more Dawn of War 3 news in the near future.