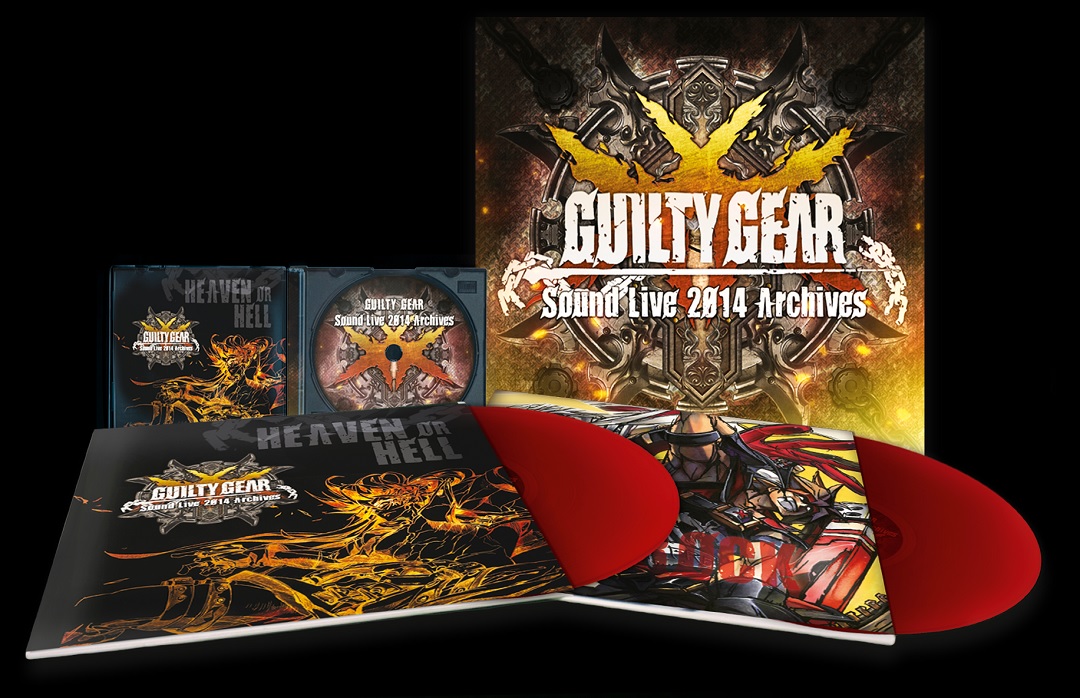 As a super special edition of Arc System Works’ souped up version of Guilty Gear Xrd, Rice Digital have announced the Let’s Rock! Edition of Guilty Gear Xrd Revelator, which includes a limited edition soundtrack, both on red vinyl and CD for your listening pleasure. The red vinyl is the only edition available in the world and includes the 2014 Soundlive live performance of the GG Xrd soundtrack, making it quite the collector’s item. The vinyl comes in two art sleeves, along with an artbook, a DLC code for the character Raven and the game either on PS4 or PS3.

The artbook is pretty special as well, including an entire rundown of the whole Guilty Gear series, including in-depth information and bios on all the playable characters alongside loads of concept art, storyboards and even details on the background characters that appear on each stage. This edition really is for the hardcore Guilty Gear fan and will no doubt be a must have collector’s item in the coming years. You can currently pre-order the Let’s Rock! Edition for £69.99 on Rice Digital and expect copies to go pretty sharpish so get your orders in now. Guilty Gear Xrd Revelator launches on PS4 and PS3 on June 10th.