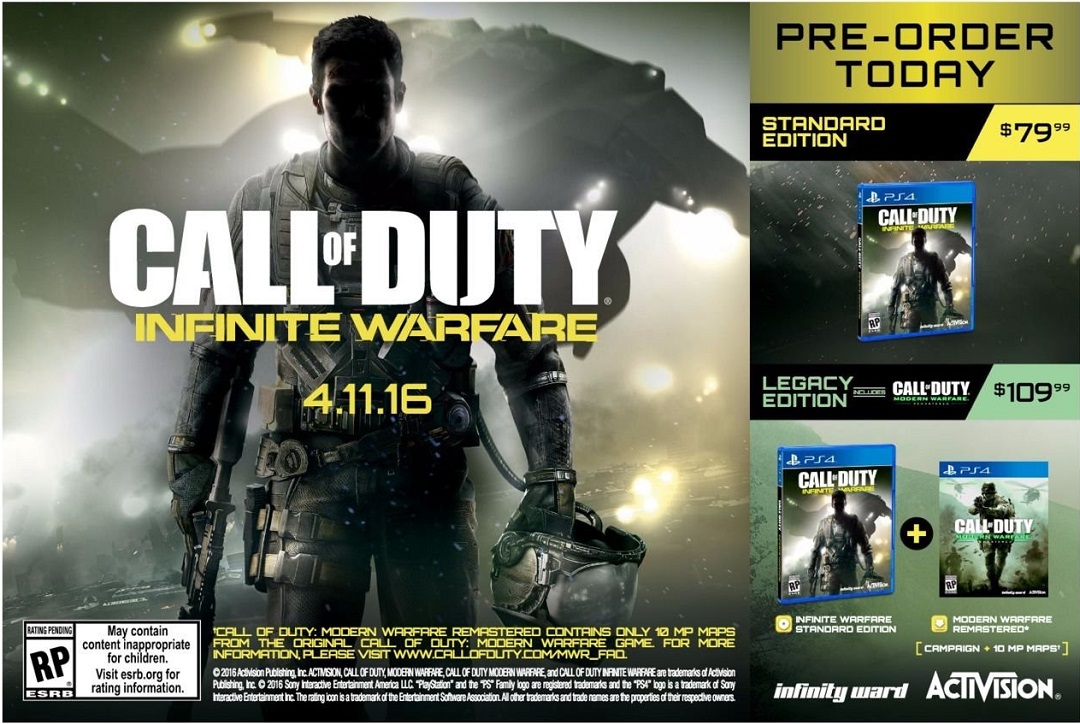 In another leaked image of Call of Duty: Infinite Warfare, it has supposedly been revealed that the Modern Warfare remaster that comes with the Legacy Edition of Infinite Warfare will include a remastered version of CoD4’s campaign, along with 10 legacy maps. The image in question was leaked via the Infinite Warfare subreddit, which also includes a hi-res look at the game’s box art, as well as details on the Standard and Legacy versions of Infinite Warfare.

The image seems to originate from Canada, based on the date ordering, dollar price and ESRB rating but it is unknown if the image is real or not. The only other image of Infinite Warfare‘s box art is via a grainy Snapchat picture of a pre-order card from Target, which could also be a fake. However, Infinity Ward and fourtwozero have both played into the Modern Warfare remaster rumours via separate tweets, which could confirm the legitimacy of this leak. We will no doubt have more information in the near future but if the leak is true, I can’t wait to play CoD4 all over again. Stay frosty.