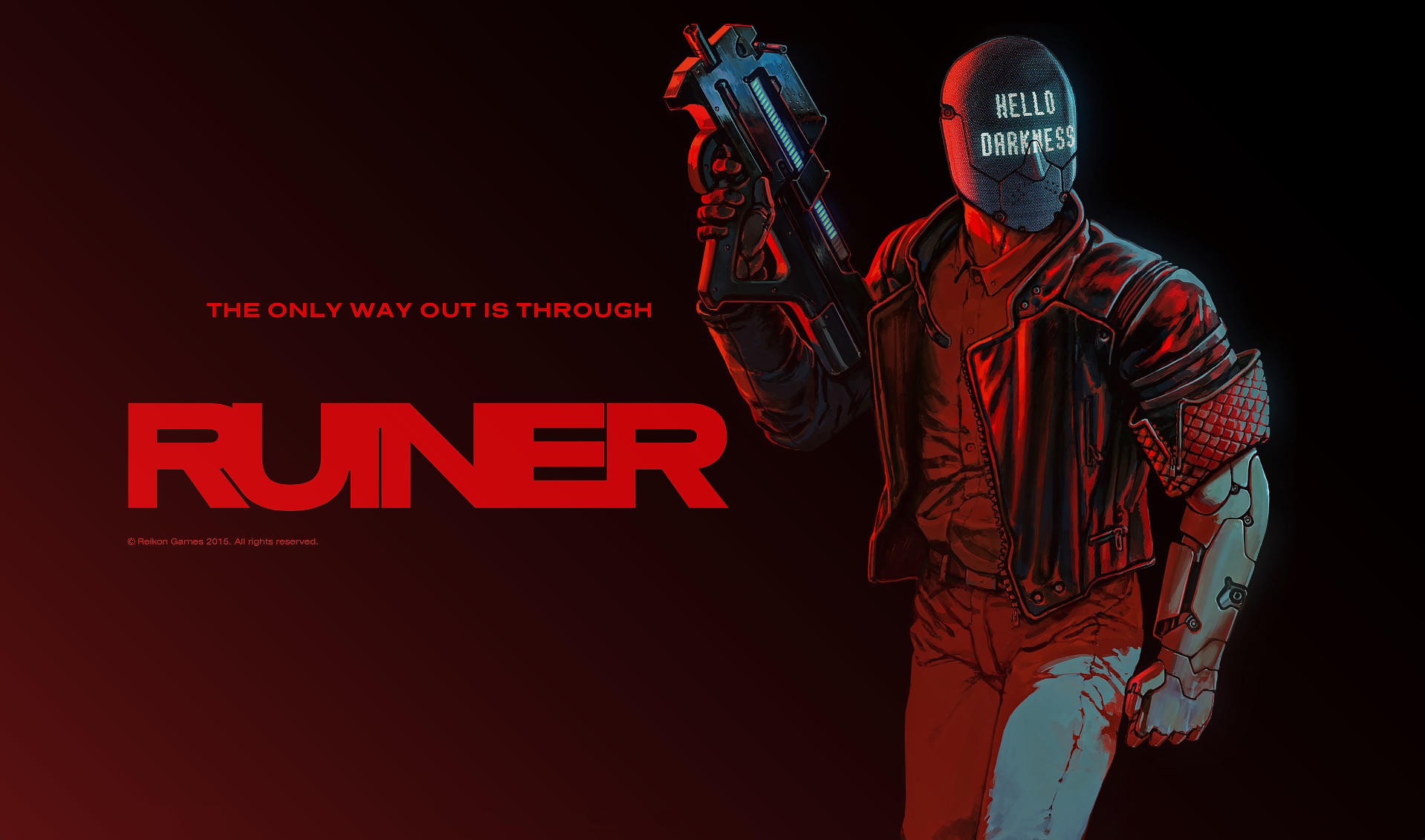 Inspired by cyberpunk anime and top down shooters, Ruiner is coming to PC, Mac and Linux in 2016, thanks to Devolver Digital. Developed by Polish developers Reikon Games, Ruiner has you in the role of a ‘wired sociopath‘ who has made it their mission to break their hacker friend out of the control of the evil megacorp HEAVEN who control the future city of Rengkok. Using ‘ preternatural reflexes, augmented tools, and the arsenal of fallen foes’, players will mow down the forces of HEAVEN while traveling through the slums of Rengkok, set to ‘an exceptional soundtrack.’

Reikon Games is made up of 4 developers who have worked previously on the Witcher series, Dead Island and Dying Light, before forming Reikon in December 2014 and starting work on Ruiner full time in January 2015. If you are attending PAX East this weekend, you can get hands on with Ruiner over at the Devolver Digital booth, with prizes going to any lucky souls who finish the challenging demo. There will also be a live demonstration of Ruiner over on Twitch’s official stream on Saturday the 23rd of April at 11am Eastern for those unable to attend PAX East.