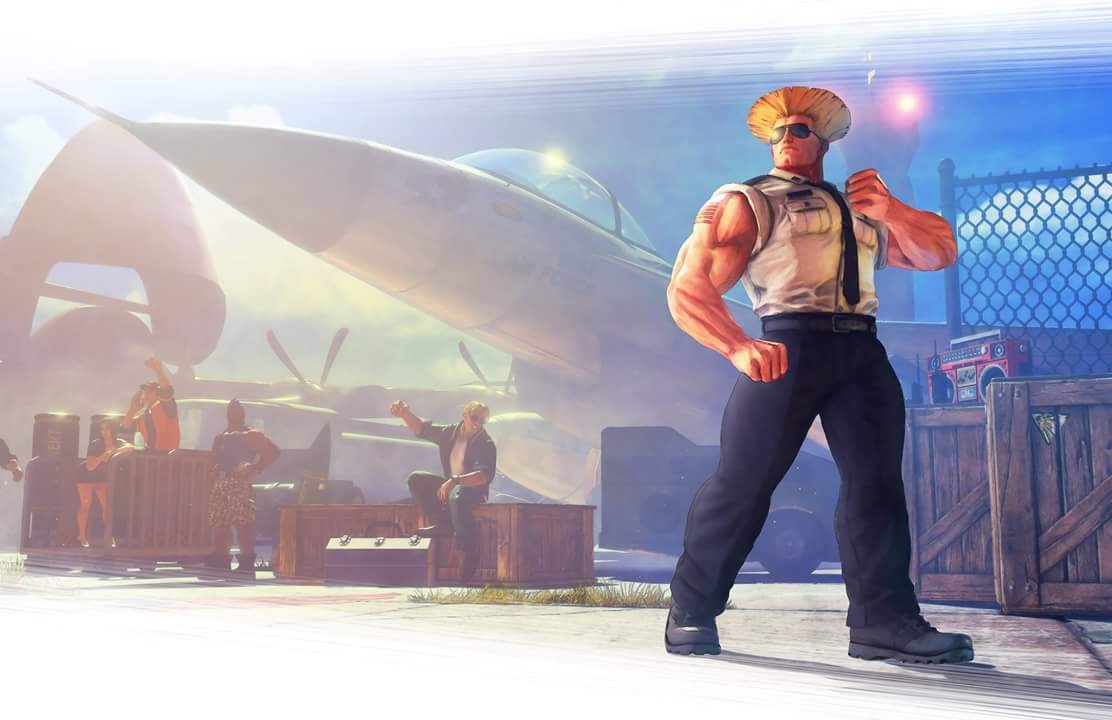 UPDATE: Capcom have officially announced Guile over on Capcom Unity, detailing his new moves and elements of the April update for Street Fighter V. The main things to take away about Guile are a new ability called Faultess Move, which is a special crouch walk state where he can actually move forward while still keeping a charge. His V-Skill is Sonic Blade, where he creates a stationary projectile which can power up any Sonic Booms which fly through it, similar to Doctor Strange’s spells in Marvel 3. His V-Trigger is Solid Puncher, where Guile throws successive Sonic Booms, with each button throwing a Sonic Boom at a varying speed. You can use this to mix up your opponent’s blocks or create flashy combo extenders based on the button sequence. Guile’s Critical Art, Sonic Hurricane, also gains a power and range boost when used in V-Trigger.

The other big news is that Capcom have revealed their measures to combat rage quitters in Ranked Matches. Players who disconnect frequently will be locked out of matchmaking for a period, with an in-game message notifying them of their misbehaviour. More details are coming in a dedicated April Update post but it’s promising to see Capcom actually tackling the rage quit issue.

ORIGINAL STORY: In what is presumed an early screenshot leak on the official Street Fighter Facebook page, it has been revealed that Guile will be the next DLC fighter for Street Fighter V. Rocking a pair of aviator shades, a sleeveless shirt and black combat trousers, the man with the famous theme and flat top haircut looks ready to chuck some Sonic Booms and make people go home and be family men.

Based on the screenshots, Guile also comes with a recreation of the famous Airfield stage from Street Fighter II, complete with breakable boxes and fighter jet coming into refuel. Most of the screenshots show Guile throwing his classic special moves but a couple seem to tease his V-Trigger, where his fists start to glow with the same energy that appears when he does a Flash Kick or a Sonic Boom. Expect a great remix of Guile’s theme to come with this stage and if Capcom keeps to their release schedule, Guile should be released before the end of the month. Based on Capcom’s current track record, that means Guile will be released one minute before midnight on the 30th of April.