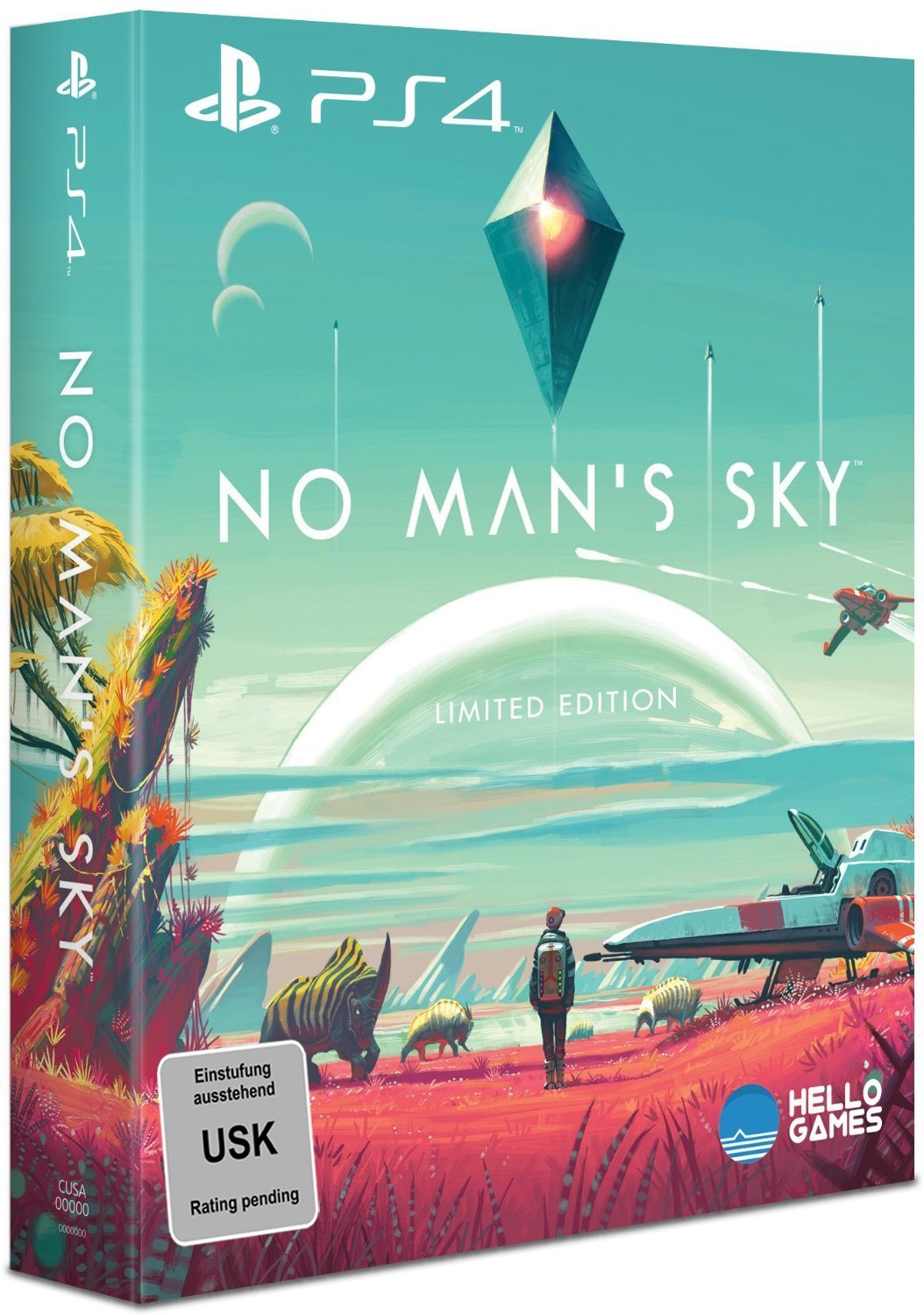 You can now pre-order the limited edition of No Man’s Sky-but only from Amazon Germany.

It feels as if we have been waiting for No Man’s Sky for far too long after it was announced two years ago- we even predicted that it would be a top seller for 2015 in Dec.2014 we now finally have a release date and it’s coming up very soon.

In a similar style the limited edition was announced months ago, but no other retailers are accepting pre-orders yet. If you really want your chance of getting your hands on it you’ll have to pay a few extra pennies for the postage, but chances are it will sell out pretty sharp when it hits all the main retailers.

No Man’s Sky will be hitting the shelves on June 22nd for PlayStation 4.