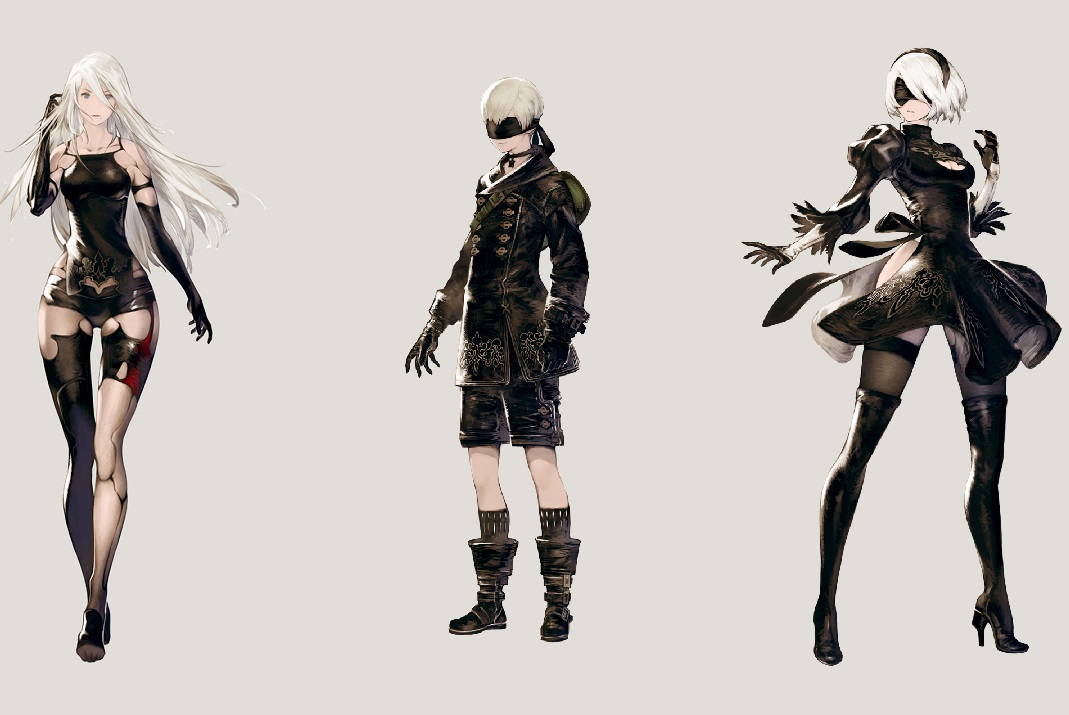 As part of their recent events push with Final Fantasy XV and NieR: Automata, Square Enix has shown off never before seen artwork, along with some gameplay footage at the recent NieR Music and Talk Live concert. The artwork has revealed two new android characters who will join the protagonist 2B on her quest. The first character is 9S, an overly friendly young android who specialises in hacking and intelligence collection. The other character is an early android model named A2 who doesn’t say much and acts fairly independently of the party.

The artwork is your typical ridiculous anime attire with robots built for battle wearing blindfolds and dresses with stockings instead of wearing something functional like body armour. It’s par for the course for the NieR series though, as I doubt fans would expect anything less from Square Enix. The gameplay is all running at 1080p 60fps, with Platinum’s action influence really shining through with the super fast, aerial based combat. The version shown off at the concert was still in very early development, with the developers using the debug mode to actually spawn in more robots for the cast to fight. Thanks to YouTube user xenosaga7 for capturing all the gameplay footage of NieR: Automata.

NieR: Automata is currently scheduled for release in 2016 for the PS4, so expect a more precise release window announced at E3 in June.