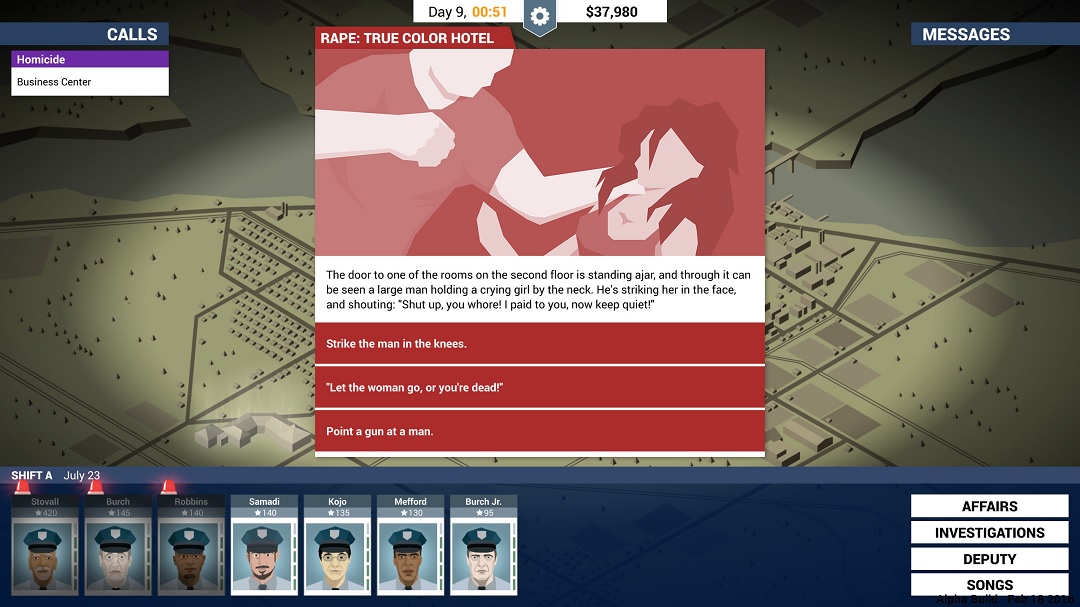 Weappy Studio have released a brand new trailer for their police management sim This Is The Police, where players must balance being a morally upstanding chief of police, while also pocketing enough money to set you up for a cushy retirement. This can be from back-room deals with the Mafia, allowing drug or weapon shipments come into the city unchecked or taking bribes from anyone looking to do anything dodgy. You do have the opportunity to be a paragon of justice in your final days as a police chief but being honest doesn’t buy that condo in Miami.

Weappy have also announced that they are partnering with EuroVideo Medien to publish the game and it is currently scheduled for PC, Mac and Linux sometime this summer. PS4 and Xbox One versions of This Is The Police are set to follow but no information is available on an exact release date just yet. This Is The Police was on show at EGX Rezzed but unfortunately due to queues and it taking a fair amount of time to demo, we were unable to get our chance at taking bribes while also trying to make our police force not look totally incompetent. With Need to Know also releasing this year, these two moral choice simulators will be the perfect way to test to see how much of a power hungry tyrant you are. If you want to see our initial coverage of This Is The Police, go right here and watch the trailer below for all the latest info on this corruption ’em up.