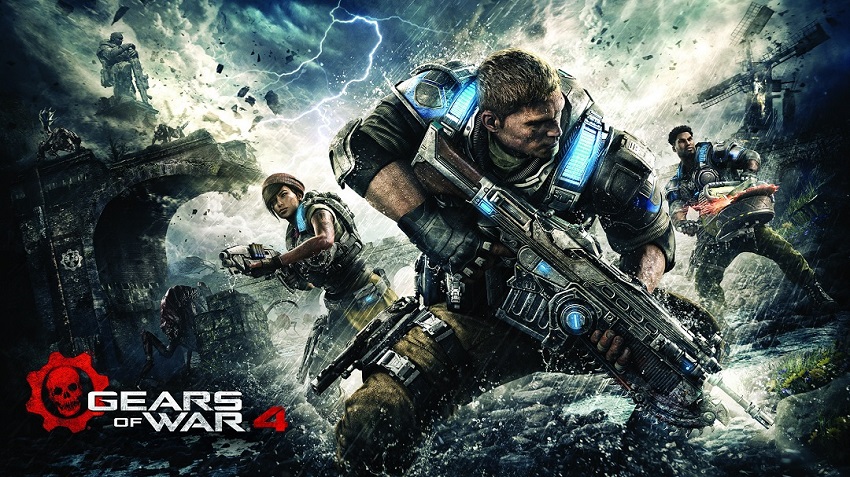 Off the back of the release date announcement for Gears of War 4 last week, Microsoft and the Coalition have released a new cinematic trailer for this new era of the Gears franchise. Set 25 years after the events of Gears 3 when the Locust horde was finally expunged from the planet Sera, Gears 4 follows the son of COG hero Marcus Fenix, JD Fenix, as he is forced to embrace his father’s troubled legacy and battle a new enemy that is coming to threaten the planet.

The trailer itself seems to be a callback to the original Gears of War trailer, complete with piano rendition of a gloomy song. Rather than ‘Mad World’, the song for this trailer is the Disturbed cover of ‘The Sound of Silence’ which does add a certain gravity to the proceedings, seeing JD fleeing from a mass of beasts while the trailer flashes back to scenes from his happy childhood with Papa Marcus and his wife. Dubbing ‘The Sound of Silence’ over something has become somewhat of a meme nowadays, as seen with the recent Sad Affleck videos but I feel that the music choice actually works, similar to how ‘Mad World’ help set the tone for the original Gears of War. I mean, it’s still incredibly cliched and hammy but it makes sense with the Gears of War franchise, a series known for testosterone fueled melodrama. Anyone who played Gears 3 and experience the laugh riot of Dom’s death scene will know exactly what I am talking about. Based on screens and videos of Gears 4 so far, it seems to be heading back down the pseudo-horror route that was seen in the original Gears, before the franchise drove off a tonal cliff in Gears of War 2 and embraced the sheer lunacy of a game where you play as men with necks like Friesian cattle who have chainsaws on the end of their guns.

Gears fans won’t have to wait too long for more news on Gears 4, as the beta goes live on the 18th for those who have played Gears of War: Ultimate Edition. Expect some leaks coming out of the beta as keen fans will no doubt datamine the beta for all its hidden secrets but for more official news, you won’t have to wait long until this year’s E3. Gears of War 4 launches on Xbox One on October 11th.