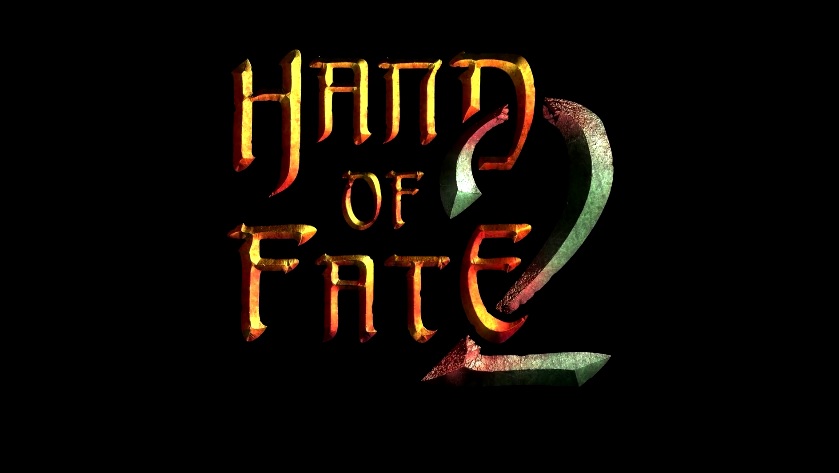 After seeing some great success after its launch on Kickstarter, Defiant Development are shuffling the deck and starting a brand new adventure with Hand of Fate 2, currently scheduled for release in Q1 of 2017 for PC, Mac and Linux. This sequel will follow the same structure of the first game, with players constructing their own adventure from cards dealt by a mysterious dealer, fighting through a mix of third-person combat encounters as well as mainly text-based decisions to guide the journey and build the strongest deck possible.

With this sequel, Defiant Development are adding a bunch of new abilities like dual wielding and two-handing certain weapons, as well as special challenge cards which can offer players harder encounters in exchange for better loot. You aren’t necessarily traveling along in Hand of Fate 2 though, as companions can now join you on your quest and help out in battles, while also having their own storylines which you can explore. This compliment the new suite of enemies which have been shuffled into this new deck of cards, with the new Blight and Steel suits adding mutated shamblers and Imperial troops as possible foes to clash with as the game progresses.

There is even a new Map phase added to the Hand of Fate formula, where players can now map their journey out across a ever growing image of the lands they are questing through, allowing you new ways to access or circumvent challenges in your path. All of these additions are making Hand of Fate 2 look like a well rounded sequel, hitting that great mix of new features and improved mechanics to keep the old guard happy and attracting new players to the table. There is a very short trailer accompanying this announcement but expect more Hand of Fate news very soon, as there will no doubt be some possible hints at console versions of this adventure at E3 2016.