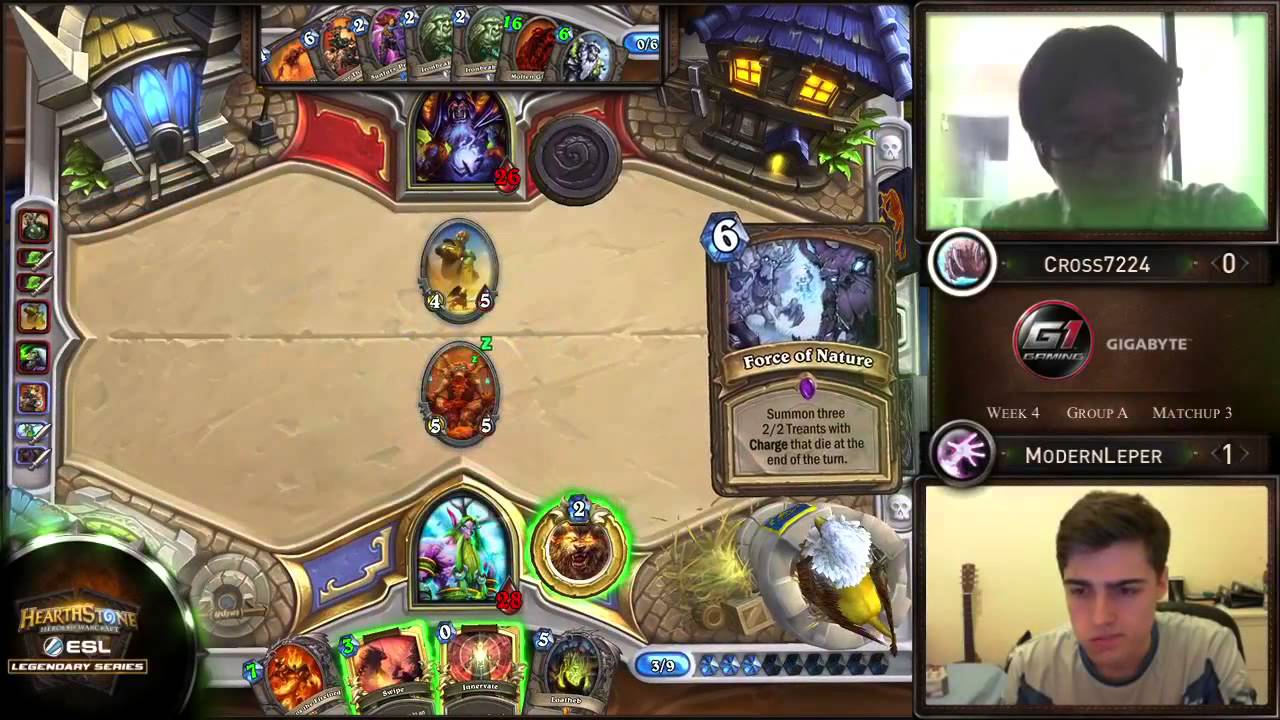 At the recent Insomnia57 event, we had a chance to talk to Modernleper, a professional Hearthstone player about the event, the Truesilver Championship and Hearthstone in general.

VGU: “For readers that haven’t heard of you before, tell us a little bit about yourself.”

Modernleper: “My name’s Will Bindloss, Modernleper in game and I’ve been playing Hearthstone since mid-beta, so for about two years or so. I’ve been playing competitively for the majority of that time. I’ve been part of a few teams in the past and my best result was placing top four at DreamHack Cluj.

VGU: “Unfortunately I’m speaking to you just after you’ve been knocked out of the group stages, despite having a flawless 7-0 record through the Swiss stage. Where do you think you went wrong?”

Modernleper: “With regards to lineup, I wouldn’t have changed a single thing. I brought the right decks I’m sure of that. I could’ve played better today, especially in the first series that was off stream [against Pokrovac] and even in the second series that I won [against TwoBiers]. The third series [against Pokrovac again] there was one tricky turn I just messed up and lost me the game. That was the pivotal moment, it couldn’t have been more significant. It’s a shame but Pokrovac had a favoured lineup going into the game.”

VGU: “You’ve previously tweeted that you’re not a fan of the current meta in the game. Do you think the upcoming expansion will improve things, given what’s been released so far?”

Modernleper: “At the very least it’ll shake things up. The current paradigm of decks that are dominant won’t be so dominant and there’ll be a period of opportunity to learn new things and if you learn faster than other players then you’ll subsequently have more success. I’ve heard rumours that Blizzard’s design philosophy is creeping towards creating cards that allow more skillful players to win more which would be good, but I’ve also heard that isn’t for a few expansions. It’s always good when there’s new cards and when changes take place, but beyond that I can’t make any huge predictions. The game as it is right now is far too easy to play almost perfectly, although it’s ironic coming from someone that just messed up, but the majority of the time you can mess up and it doesn’t matter. It’s very rare to have a misplay that is actually significant. I’m mostly optimistic, at the very least it’ll be better than the current state of the game.”

VGU: “Veering away from this tournament specifically, what’s your lifestyle like as a pro gamer? How often do you play, did you practice a lot for the tournament and study other players?”

Modernleper: “I don’t really need to practice that much because the game is so easy at this point. I know how to play all the decks that I submitted already so it’s just a matter of working out what the right things to bring are, the strongest deck in any given meta. Do that enough times and you’ll win more and more. I’m kind of pre-occupied with university and stuff at the moment, I’m in my final year so I can’t go to too many tournaments and events. University takes priority right now as even if you get really good at Hearthstone, beyond breaking through and being very successful in the scene, it doesn’t really lead on to much. Hearthstone can never be my main priority.”

VGU: “Prior to being knocked out, was there any specific player you really didn’t want to face off against, someone you knew you wouldn’t stand much of a chance against?”

Modernleper: “I can beat anyone, that’s just the nature of the game. I would’ve liked to avoid players like Xixo, Dog and a few others. Ignite’s also my friend so I wouldn’t want to play against him either. In general just the most famous players, as everyone in the top 16 is really good. Apart from me. I suck.”

VGU: “Finally to close things off, where can the readers find you on social networks?”

VGU: “Thanks for your time today and good luck in future events!”