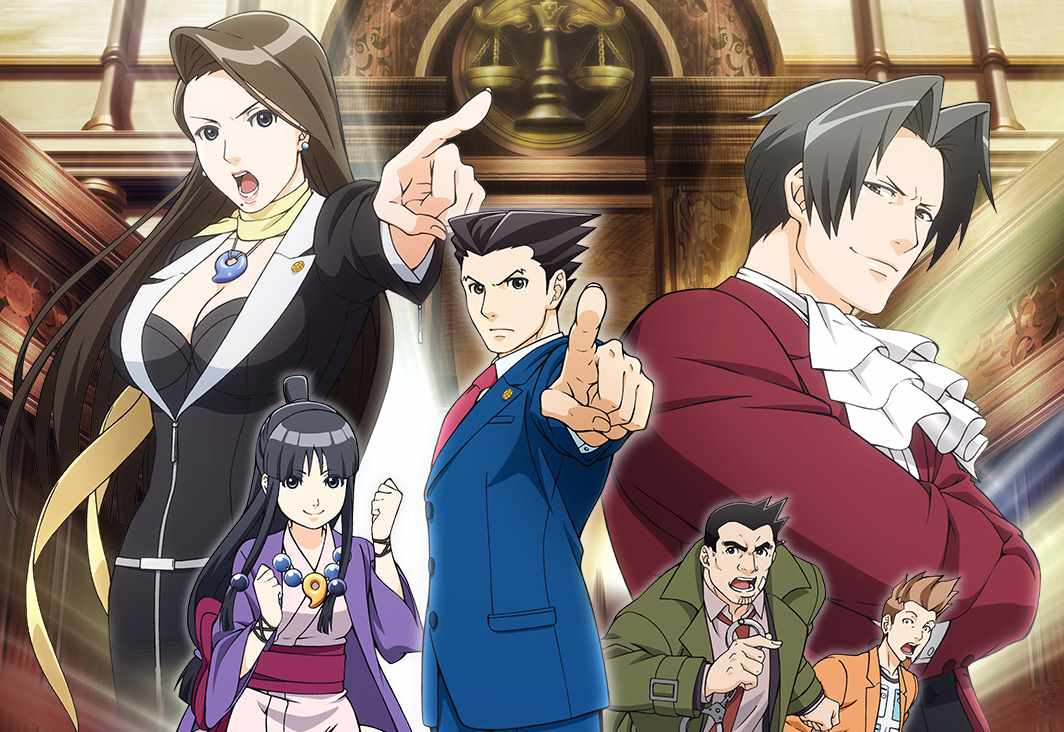 If you have been eagerly awaiting the courtroom focused world of Ace Attorney to make its anime debut, then you will be pleased to learn that Crunchyroll have obtained exclusive rights to stream the series across most of the world after it’s broadcast in Japan. The first episode will be made available tomorrow at 11AM GMT, with subsequent instalments of the series coming on a weekly basis. The first few episodes have been confirmed to be based on the original Phoenix Wright: Ace Attorney, so expect to see Larry Butz, Mia Fey and Winston Payne in the lineup as well as our spiky haired objection spouting hero.

If you are worried about the lack of an English dub, then you can rest assured that subtitles will be provided. It has been confirmed that the subs will use the original Japanese character names, but the Capcom Unity blog has provided a translation guide so you can identify who is being referenced in a particular scene. Are you excited to see Phoenix Wright and the vibrant cast of the Ace Attorney universe in an animated adaption? Let us know what you think in the comments below.