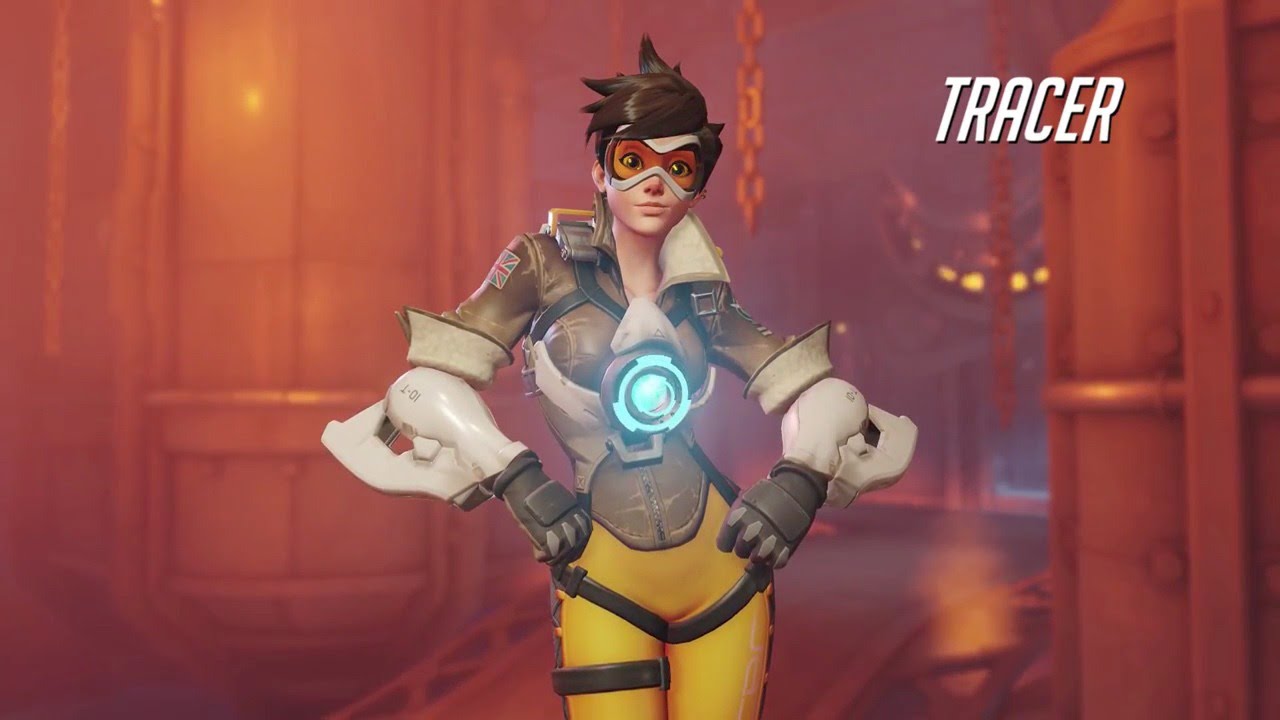 After Overwatch player ‘Fipps’ complained on the official forums that a completely optional pose for the hero Tracer was too sexual (the pose is pictured at the bottom of this article), Overwatch director has responded by agreeing and subsequently removing the ‘offending’ pose from the game. You can read Fipps’ full post here, but here’s a few important parts:

“…lets talk about Tracer. From a marketing standpoint, she’s the star of the show. She’s a great hero. When we look at the way she’s portrayed in promotional media, lore, and art in game we know a few things about her…”

Fipps doesn’t immediately criticise Blizzard, Tracer or any of the Overwatch development process. He/she appreciates that different characters have different styles, and that Tracer’s pose in question is so abnormal for her.

“WHAT? What about this pose has anything to do with the character you’re building in tracer? It’s not fun, it’s not silly, it has nothing to do with being a fast elite killer. It just reduces tracer to another bland female sex symbol.

We aren’t looking at a widowmaker pose here, this isn’t a character who is in part defined by flaunting her sexuality. This pose says to the player base, oh we’ve got all these cool diverse characters, but at any moment we are willing to reduce them to sex symbols to help boost our investment game.”

Surprisingly enough, the discussion in the comments of the thread stays relatively civil. The overwhelming majority are against Fipps’ complaints, but they also largely present decent counter arguments with only a few accusing he/she of trolling.

“I have a young daughter that everyday when I wake up wants to watch the recall trailer again. She knows who tracer is, and as she grows up, she can grow up alongside these characters.”

This is the aspect of Fipps’ argument that surprises most. Despite Overwatch having a ‘Pixar-style’ cartoonish aesthetic, the game is about murder and killing. So why would her young daughter be playing or be exposed to such material anyway, if she’s too young to see a woman wearing yoga pants with her back to the camera?

Keeping my personal opinions out of it and staying purely objective, I can understand the reasoning behind both sides of the argument. At the end of the day, having such a pose removed has no impact on my own enjoyment of the game, and Jeff Kaplan expresses a similar reaction in his post on the forums.

“We’ll replace the pose. We want *everyone* to feel strong and heroic in our community. The last thing we want to do is make someone feel uncomfortable, under-appreciated or misrepresented.

Apologies and we’ll continue to try to do better.”

Jeff’s statement was largely met with outcry and outrage, so he posted another update:

“While I stand by my previous comment, I realize I should have been more clear. As the game director, I have final creative say over what does or does not go into the game. With this particular decision, it was an easy one to make—not just for me, but for the art team as well. We actually already have an alternate pose that we love and we feel speaks more to the character of Tracer. We weren’t entirely happy with the original pose, it was always one that we wrestled with creatively. That the pose had been called into question from an appropriateness standpoint by players in our community did help influence our decision—getting that kind of feedback is part of the reason we’re holding a closed beta test—but it wasn’t the only factor. We made the decision to go with a different pose in part because we shared some of the same concerns, but also because we wanted to create something better.

We wouldn’t do anything to sacrifice our creative vision for Overwatch, and we’re not going to remove something solely because someone may take issue with it. Our goal isn’t to water down or homogenize the world, or the diverse cast of heroes we’ve built within it. We have poured so much of our heart and souls into this game that it would be a travesty for us to do so.

We understand that not everyone will agree with our decision, and that’s okay. That’s what these kinds of public tests are for. This wasn’t pandering or caving, though. This was the right call from our perspective, and we think the game will be just as fun the next time you play it.

If it isn’t, feel free to continue sharing your concerns, thoughts, and feedback about this and other issues you may have with the game, please just keep the discussion respectful.”

What do you guys think? It’s caused a lot of discussion and debate so far, so let us know your opinions in the comments. You can see the pose below.