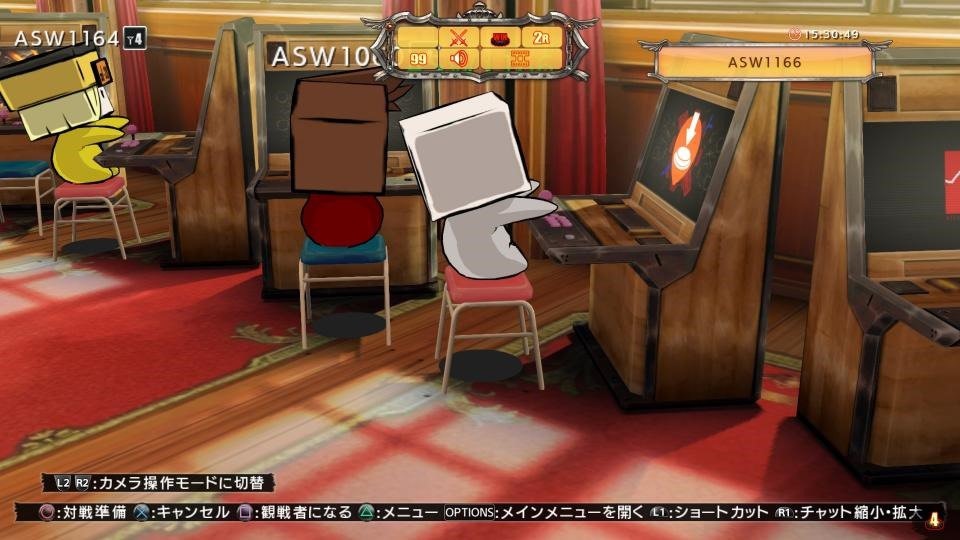 With their updated version of Guilty Gear Xrd coming later this year, Arc System Works have decided to show off the revamped Network Mode for their fighter, which allows players to move a chibi avatar around a 3D world to look for matches. It’s similar to the Lobby system found in something like Dragonball Xenoverse, where you can hang around and talk smack with other players before moving into the arcade to settle some scores. While you are waiting for matches in the lobby, you can go into Training Mode and practice that new Dust combo, you could watch a bit more of Story Mode or you can even play Arcade Mode until a new challenger emerges. You can dress your tiny avatar to look like any member of the Revelator roster so expect lots of players dressed up as their respective main or as their ‘waifu’.

Along with this glimpse of the reworked Network Mode, Arc System Works have shown off some new elements of their tutorial suite, which includes a Combo mode which works similar to character trials found in other fighting games which teaches you example combos for each character. Along with this, Training Mode has a new feature called the virtual stick, which shows you how to perform an input command like a Dragon Punch motion via a stick map. Below that, it then shows you your stick map and you can better diagnose what you are doing wrong within a combo. I think this new feature is genius, as the typical input display doesn’t really show a novice player how they are messing up a combo, while this one physically maps out your stick movement and tells you exactly where you are going wrong. If more fighting games integrate this virtual stick into their Training Modes, I feel it will be much easier for players to fix execution errors when they are labbing out tricky combos.