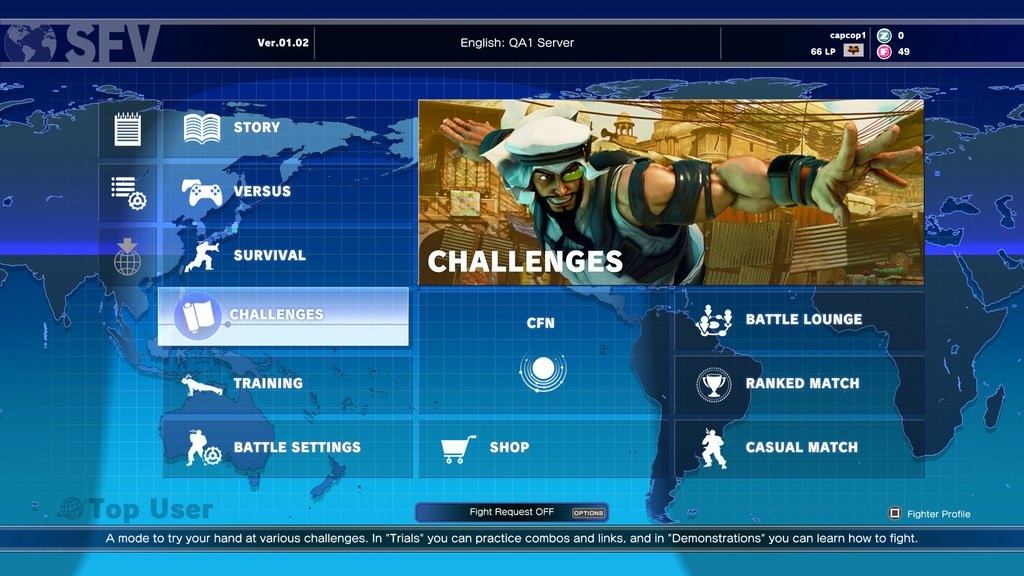 After a long radio silence and fans getting ready to power bomb their way into Capcom HQ, it has been announced that the long awaited March update for Street Fighter V will be rolling out on the 28th and 30th of March. The 28th will see Challenge Mode be introduced, as well as the updates to Ranked Matches and Battle Lounges which allow for a salty runback option as well as up to 8 players within a single lounge. The 30th will see the release of Alex, his related Story Mode content along with the launch of the in-game shop for other future DLC characters, costumes, alt colours and so on.

However, the premium currency of Street Fighter V called Zenny will not be available during these two updates. As a result, Capcom have announced that until Zenny is fully implemented into the in-game shop, everyone will be able to try out Alex for a short trial period. If Zenny still isn’t implemented by the time another character like Balrog or Juri is introduced into Street Fighter V, players will also have the opportunity to use them for a trial period. Once the Zenny system is up and running though, all DLC characters will have to be bought either with Fight Money, Zenny or accessed by buying the 2016 Season Pass for Street Fighter V. If you buy any costumes or alt colours for a DLC character during their trial period, they will be saved onto your account but you will have to buy that character in order to access the additional content.

There is an extra bonus for Season Pass holders as they will be the only ones who can access the premium costumes for DLC characters until Zenny goes live and they also get access to an extra stage in the near future. As a way of apologising for the long wait during the betas and now for the March update, all players will gain Ryu and Chun Li’s Story Mode costumes for free which is equivalent to 80,000 Fight Money or roughly the price of a DLC character.

Capcom will announce when the Zenny system is ready and they are still actively working on fixes for glitches and pressing issues like the lack of a real punishment for rage quitters in Ranked Matches. Expect more details from Capcom very soon and make sure to watch this video, running through elements of the March update courtesy of Capcom UK.