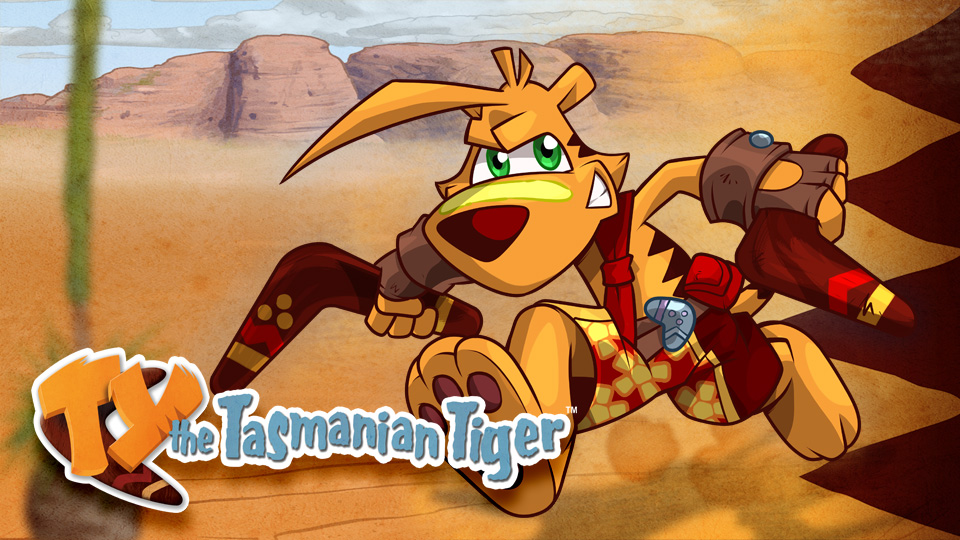 TY the Tasmanian Tiger, the child friendly platformer released in 2002 on PlayStation 2, Xbox and GameCube, has just launched on Steam Early Access. The original developers, Krome Studios, are the guys behind the remaster and are aiming to release the game fully in Q3 2016.

Players control TY on his journey through the Australian outback to save his family and stop Boss Cass the cassowary, the ‘nefarious evil genius’ from removing mammals from the top of the food chain.

It may seem odd that a remaster of such a popular game requires Early Access, but Krome Studios have explained their reasoning on the store page:

“TY the Tasmanian Tiger is much beloved, and unfortunately rather inaccessible these days, due to the platforms the game was originally released on. Updating the game to work on PCs and releasing in Early Access will allow us to get feedback on the controls, the achievements and all the other modern ideas that we’ll be adding, from the fans – and hopefully good ideas for further improvements to make!

We considered launching a KickStarter to assist with the port funding, but decided we’d prefer to put our time and energy into doing the work instead of running the campaign – so putting the game out into Early Access was an option to help us make the port happen at a faster pace!”

It’s currently priced at £8.99 with a 17% discount until March 28, but the price will increase when the full version launches.