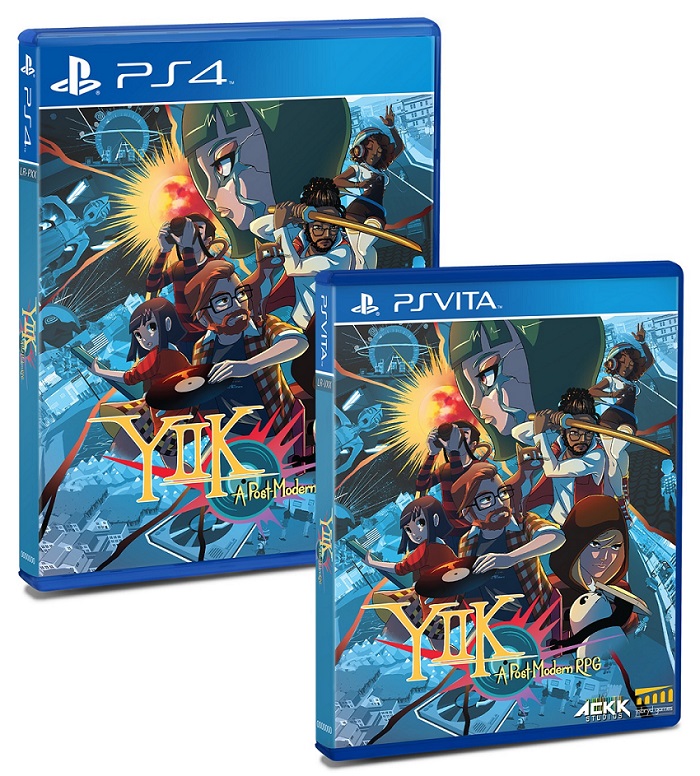 If you looking for a physical version of YIIK: A Postmodern RPG then your wishes have been answered. Ackk Studios and Ysbryd Games have teamed up with Limited Run Games to produce a run of physical copies of this psychedelic JRPG for both the PS4 and the Vita. Yes Vita fans, you’re getting a slice of the pie this time round.

The game will of course be available for digital download if you so desire but when Y2K actually happens and all traces of digital media are wiped from every hard drive in the land, you’re going to be awfully annoyed that you can’t play your copy of YIIK. If you’ve missed the YIIK train, it’s a surrealist RPG set in 1999, where the mysterious disappearance of one Sammy Pak draws her online friends into an adventure which takes them from dead end towns in Middle America to far off, marvellous places. Expect people fighting with vinyl records, a fully voiced campaign and a stellar soundtrack featuring tracks from Toby Fox, Andrew Allanson and Hiroki Kikuta to name but a few.

I previewed YIIK: A Postmodern RPG back at EGX 2015 and enjoyed the short demo that was on show. I hope to see what is really postmodern about YIIK and if it joins the growing pantheon of quirky RPGs which are coming out of the woodwork. No news on a release date just yet but based on the progress bar over on the Ackk Studios Twitter page, it should be very very soon. YIIK: A Postmodern RPG will be available for digital download on Wii U, Xbox One and Steam as well, but the physical copies are only for PlayStation systems.