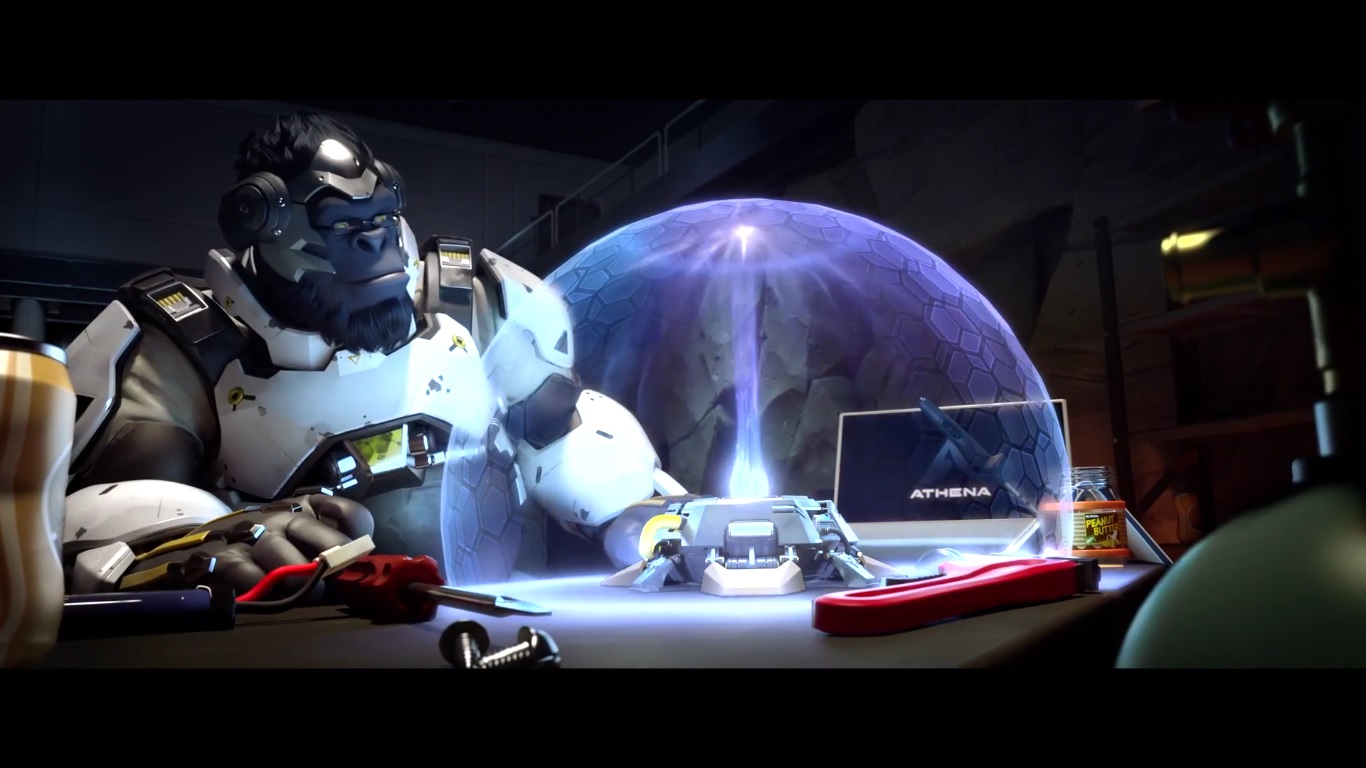 In readiness for the open beta coming to PC, Xbox One and PS4 from the 5th to the 9th of May, Blizzard have released a new animated short for Overwatch, following the exploits of Winston the highly intelligent gorilla. The short itself concerns Winston reliving the glory days of Overwatch before the Omnic Crisis and debating on whether to recall the team to defend the Earth once again. This is all while the forces of Talon attack Winston’s lab on the secluded Watchpoint: Gibraltar.

Seeing one of these shorts just makes me wish that instead of making a Warcraft movie, Blizzard had put their efforts into making either an Overwatch TV series or a feature length film. The worldbuilding is not so complex that you need a 6 week correspondence course to know who all the important figures are and the writers at Blizzard clearly have the tongue in cheek world of Overwatch down to a fine art so it seems to be a no brainer. Hopefully, if Overwatch does well, we may see Blizzard branching out into TV. The other important thing to note with this short is that it is being hosted on the official Xbox Youtube channel, rather than on Blizzard’s or Sony’s media platform. This could mean that Microsoft has sorted some exclusivity deal with Blizzard or that the company is just sharing the love between the two rival platforms and we’ll actually see another short on the PlayStation Youtube channel in due course.

If this short has really got you hankering for more Overwatch news, you can actually preorder the digital versions of the game on all available systems and gain access to the early section of the open beta, which starts on the 3rd of May. You can read our rundown of all the launch details right here if you want to have all the knowledge about Overwatch‘s launch in May.