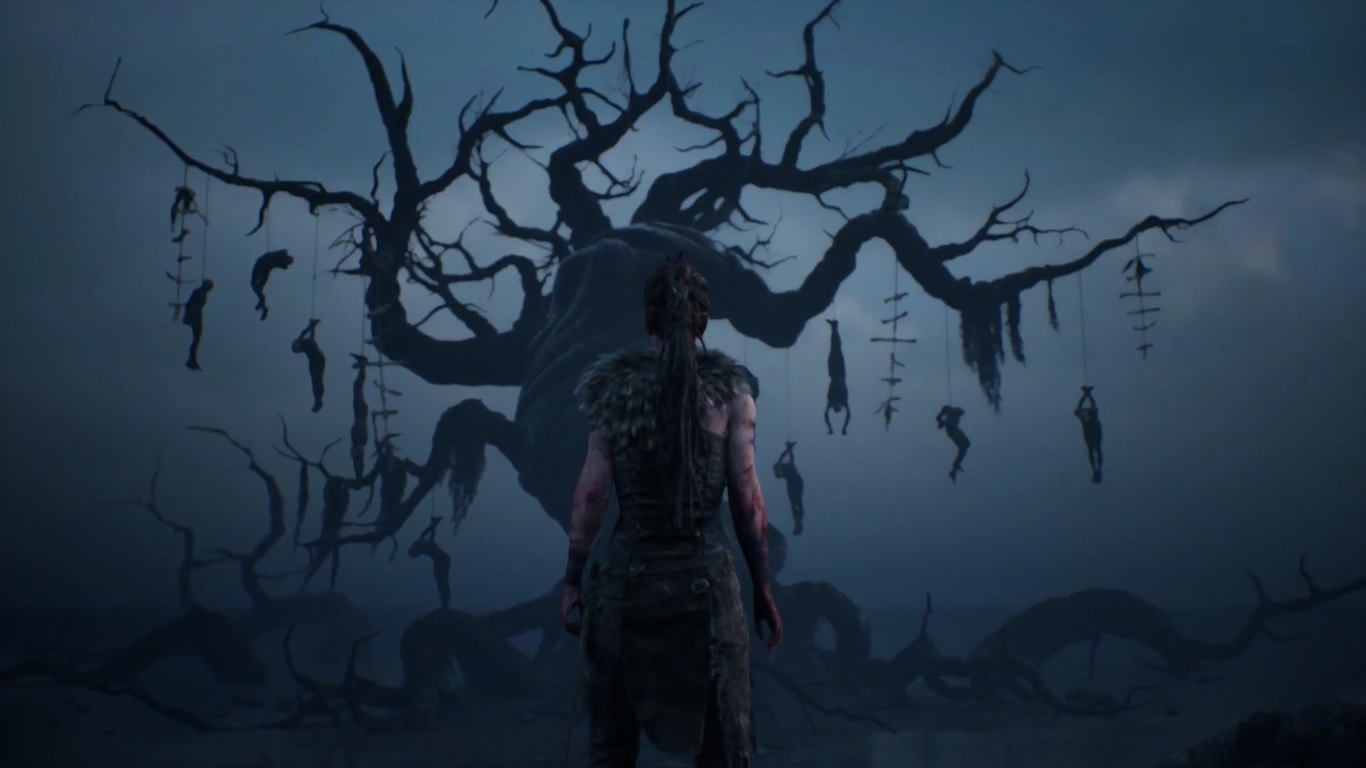 In a new trailer for Ninja Theory’s first independently published game, Hellblade: Senua’s Sacrifice, the developers have shown off the massive strides they have taken in using cutting edge performance capture technology, as well as the power of Unreal 4. This trailer shows off a world first scene, where the actress playing Senua is performing the scene live on the motion capture stage and having her movements being captured and seen in the game world in real time.

The story of Hellblade: Senua’s Sacrifice is one of a Celtic warrior who ventures into the Viking heartlands to save a loved one, while dealing with trauma and psychosis, presumably brought on by Viking raids and attacks on her homeland. Therefore, Ninja Theory have made it their mission to be able to capture Senua’s inner anguish through minuscule animations of her eyes moving or face twitching, as well as using audio technology like recording the voices in the trailer binaurally, so they sound like they are coming from all angles if you listen with headphones on.

The technology on display in this short scene is a real step forward for the digital actor and it will be intriguing to see how these advancements in replicating human movement are reflecting in Senua’s movement. You can watch both the trailer and the developer diary showing all the separate pieces that are required to make this technology possible below.