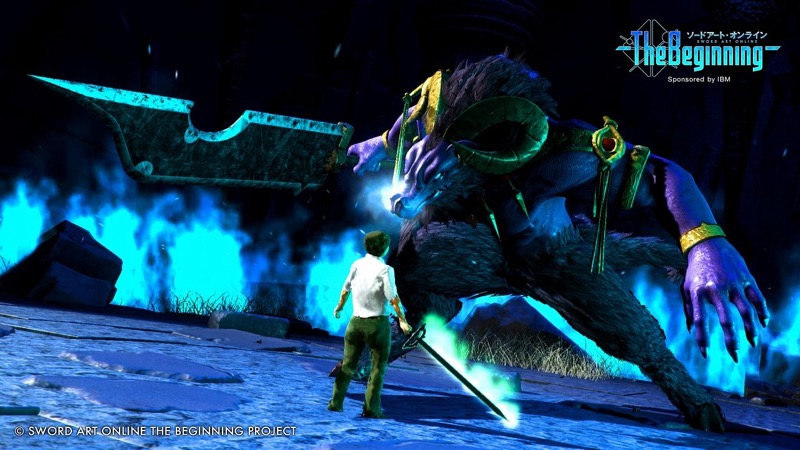 The idea of logging into a virtual world whilst your physical body remains in reality has become a popular concept in the last few years, particularly in anime and video games. One such franchise to embrace this pseudo sci-fi technology is Sword Art Online, where your entire consciousness becomes connected to an avatar in cyberspace. Although we haven’t evolved that far in terms of technology, IBM Japan have revealed the technology that will power a virtual reality project codenamed Sword Art Online: The Beginning.

Instead of a physical controller that you attach to your body, IBM’s new peripheral scans your entire body and then creates a digital avatar. As you move around within the space of the controller, then recreates your movements into in-game actions. In order to test how the project will work in the real world environment, a select group of over 200 people will be taking part in a demonstration of Sword Art One: The Beginning between March 18- 20th 2016. If you are curious to see screenshots of the game, and some of the technology involved, you can check out the gallery images shown below.

Are you interested to see how Sword Art Online will translate to the VR technology available today? Let us know what you think in the comments below.