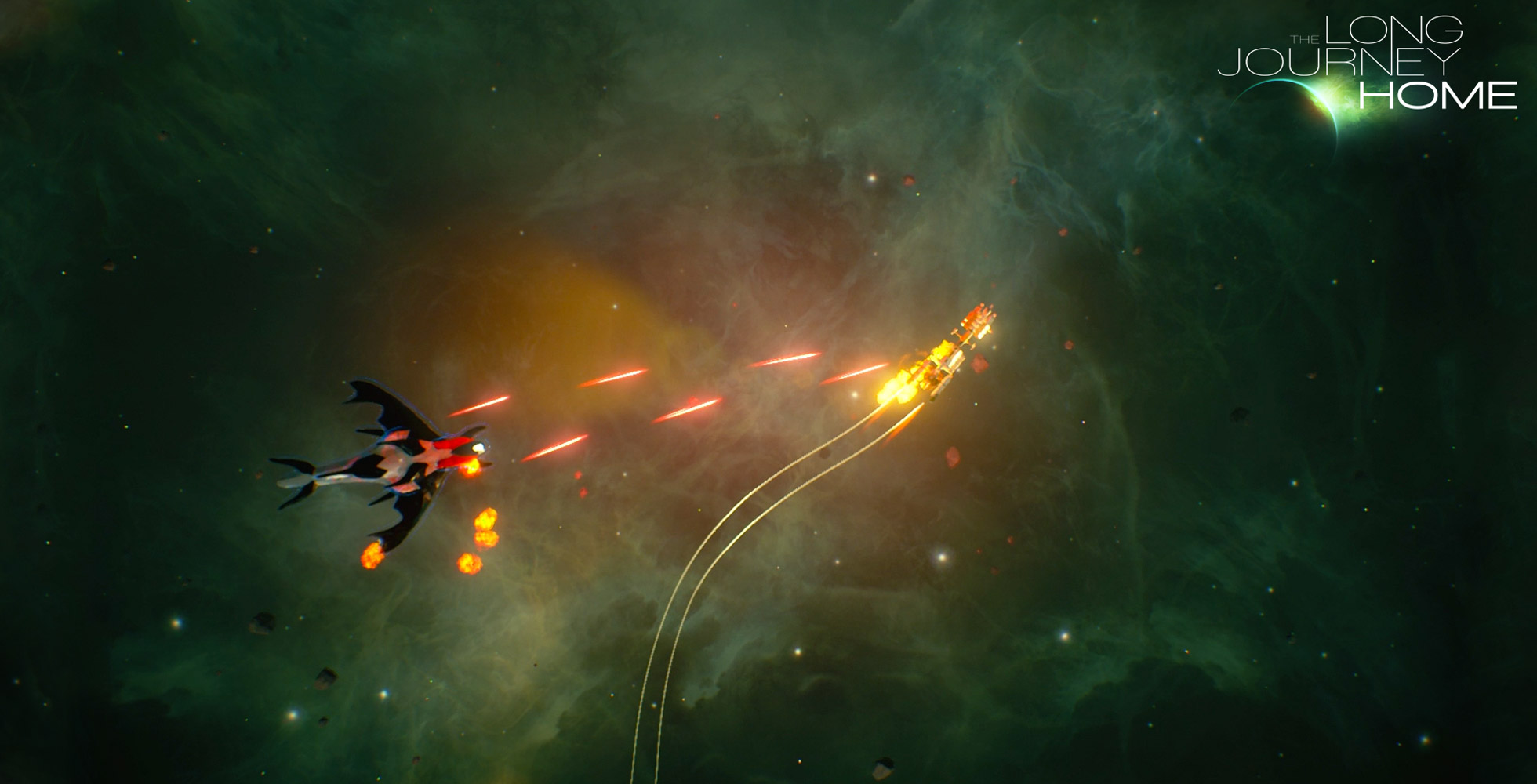 Daedalic Entertainment, the German studio best known for their point-and-click adventure games like The Whispering World and the Deponia series, are trying their hand at something new; a procedurally-generated space odyssey. Procedurally-generated might be the most overused concept in the indie development scene since the Minecraft crafting system, but Daedalic seem to be taking inspirations for their tale from all the right places.

After a hyperdrive test goes awry, a team of specialists are trapped aboard their vessel on the wrong side of the galaxy. Now the crew must take the long way back as they pass through an uncharted and dangerous galaxy on their mission to get back to Earth. Sound familiar? It should because it’s basically the plot to Star Trek Voyager and it’s only a couple of beats off Farscape. Whilst Voyager‘s quality was dubious, Farscape is one of the most criminally underrated sci-fi shows in existence and the concept itself is perfectly suited to a rogue-like game. Throw in a little bit of influence from Firefly and we have a recipe for a fantastic sci-fi romp. Daedalic had a trailer to show off their progress so far at GDC:

That final line – “The world has to know what’s waiting for it out there; the nightmares and the wonders that we’ve seen” – is pretty much a direct lift from the introduction John Crichton gave in the later series of Farscape, but it sets a fantastic tone for The Long Journey Home and gives us an idea of the kind of encounters we can look forward to, both friendly and hostile. The Long Journey Home‘s website reveals more details, promising complex quests and moral dilemmas as you uncover ancient secrets and fight for your survival. Daedalic promise that whilst the destination never changes, no two journeys will be the same, though time will tell with regards to the extent of the variation The Long Journey Home offers. Regardless, The Long Journey Home is definitely one to watch and we won’t have long to wait before we hear more about it, as the release date is pegged for Fall 2016 with PC, Xbox One and PS4 versions all confirmed.