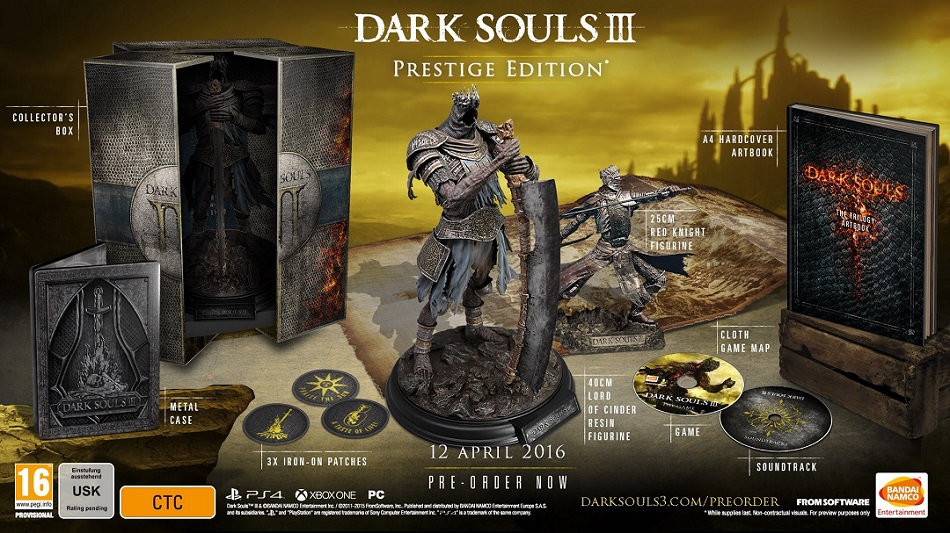 If you were still holding out hope of getting one of these limited edition versions of Dark Souls III, you’re out of luck I’m afraid. The Prestige Edition of Dark Souls III is now sold out on every platform, with the PS4 version selling out in just under 2 hours after being announced. If you want to get that 40cm Lord of Cinder figurine, you’ll have to wait for someone on eBay to flip the edition once the game is finally released.

There are incredibly limited copies of the Apocalypse Edition of Dark Souls III still available from GAME so get your orders in right now to avoid disappointment. We’re talking stocks in the single digits so it’s do or die if you want that extra Dark Souls swag. Make sure to check out our rundown of what each edition contains before you make that final purchase. With just under 4 weeks until the full release of Dark Souls III, you can expect marketing and coverage of this final entry in From Software’s trilogy to kick into overdrive so be prepared for lots of Souls related content in the coming weeks.