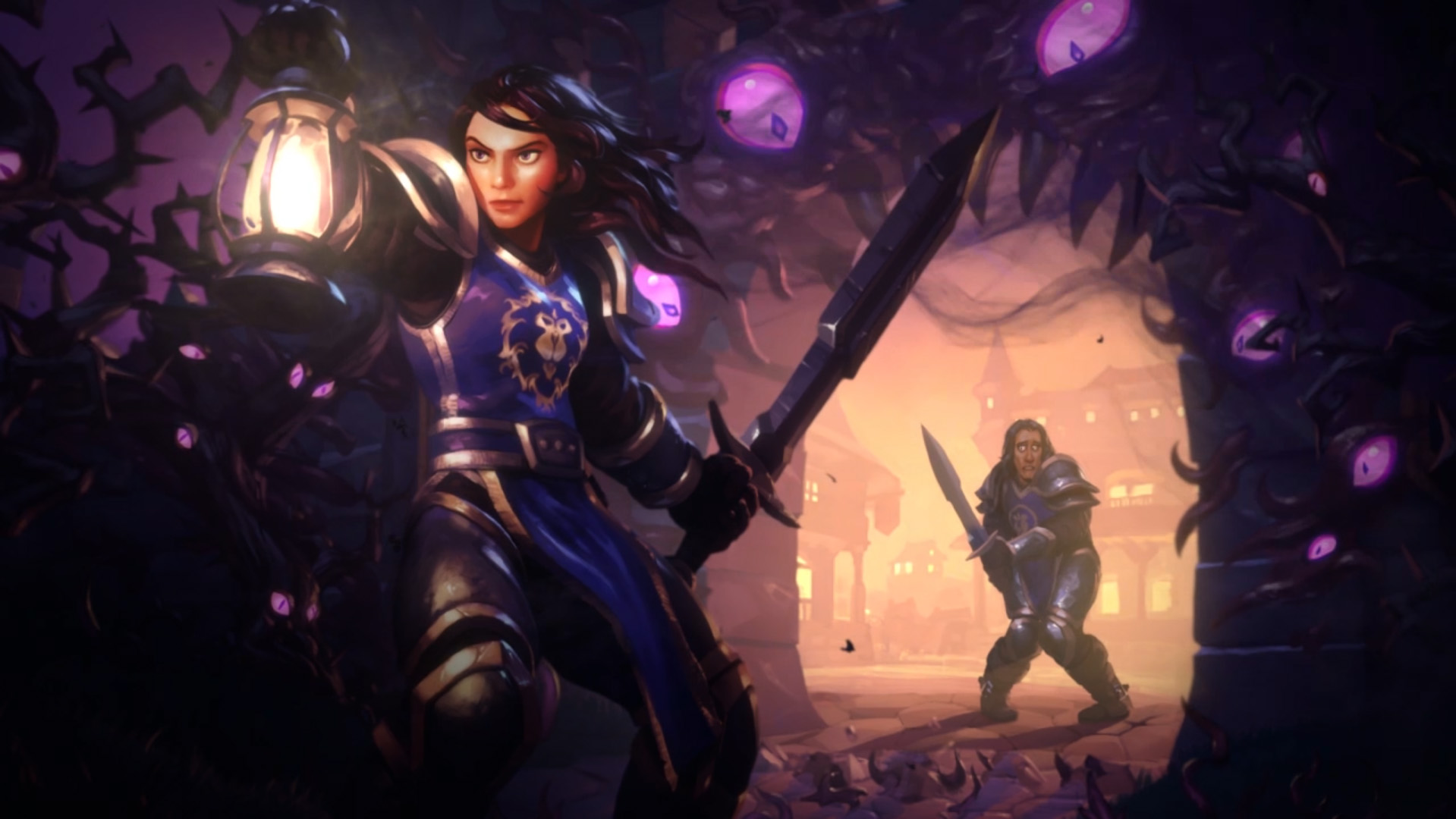 As was previously discovered by internet sleuths on the Hearthstone subreddit earlier this week, the upcoming expansion is called Whispers of the Old Gods and will be launching around the end of April/start of May. Themed around four eldritch deities lurking deep under Azeroth, the expansion will launch at the same time as the Standard/Wild split previously announced by Blizzard.

134 cards are contained in the set, including one of the Old Gods C’Thun and two Beckoner of Evil cards, which all players who log in during the launch period will receive for free. Three free packs will also be yours to celebrate the launch.

All four Old Gods – C’Thun, Yogg-Saron, N’Zoth and Y’Shaarj – are cards which deck archetypes can be built around according to Lead Designer Ben Brode, but only C’Thun’s finer details are currently known. It’s also confirmed that none of the upcoming cards will use the Inspire mechanic introduced in the latest expansion, The Grand Tournament.

Many of the cards in the upcoming expansion are ‘corrupted’ versions of already existing cards, such as the Polluted Hoarder – a buffed up version of the Loot Hoarder as it costs 4 mana but is a 4/2 with the same Deathrattle effect. The Validated Doomsayer is another, but rather than also clearing the board, it’s a 0/7 for a cost of 5 mana that has it’s attack increase to 7 at the start of your next turn.

You can pre-order Whispers of the Old Gods now with a 50 pack bundle at the usual discounted price of $49.99. You’ll also receive an exclusive card back for throwing your money at Blizzard early.