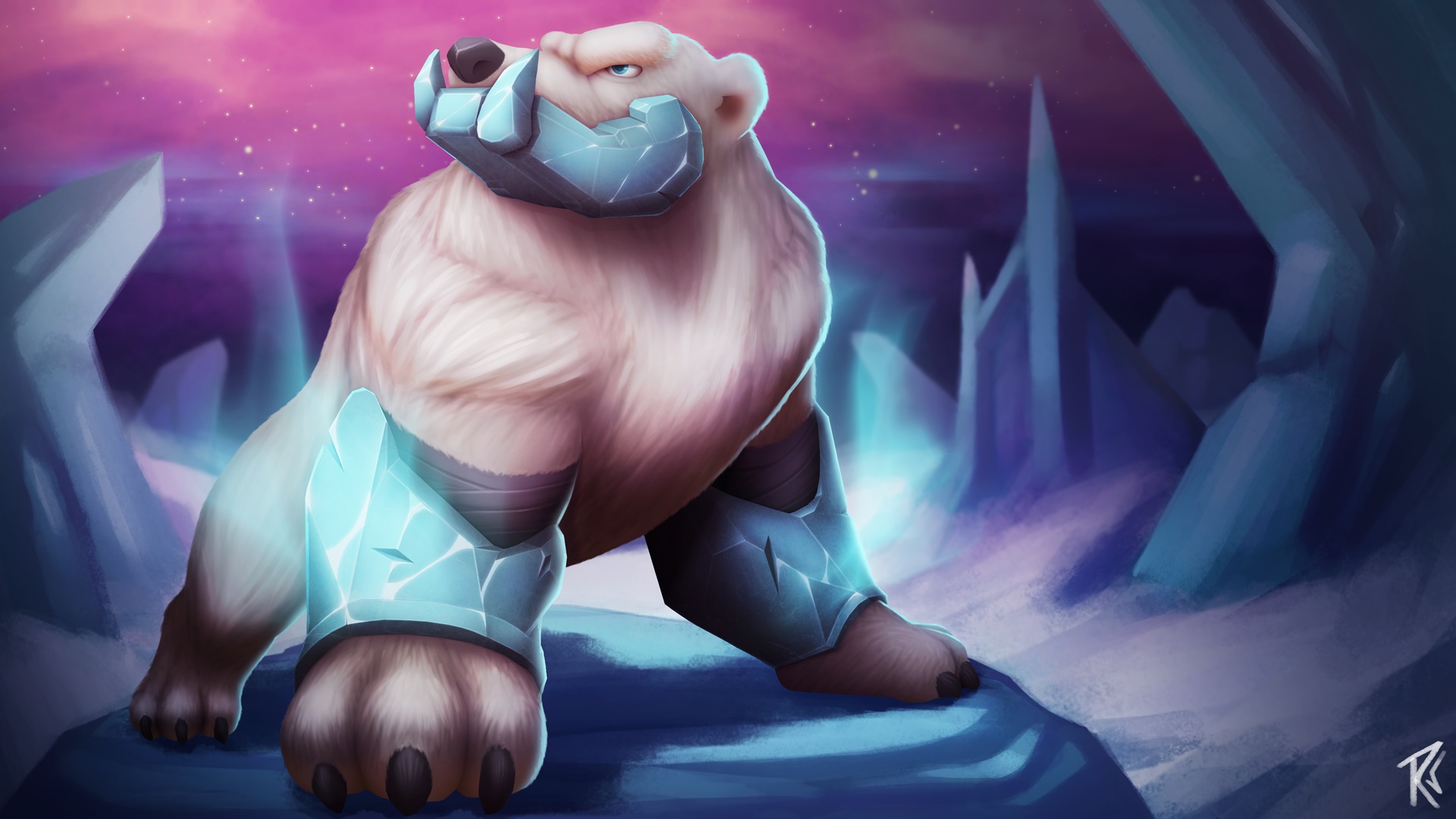 Rivals of Aether has its final launch character in Etalus, a giant warrior polar bear with command of ice. He is a heavy character like Kragg, using his control of ice to freeze opponents and even grant him frozen armour to help tank hits. He can freeze sections of the stage using his Forward Tilt and Forward Special and either use his Neutral Special to collect it together to create ice armour or use his Down Special to shatter nearby ice puddles and freeze any foes in the vicinity.

He seems to take some inspiration from PM Bowser, with his focus on armouring through enemy attacks and even having an aerial command grab he can use to dunk enemies into the blastzone. His command grab is unique to Etalus and is tied to his Up Air, rather than a special move as it usually the case with command grabs in most fighting games. Heavy characters are always my favourite in fighting games, due to their high damage output and beefy hits, so I’ll probably be picking up Etalus when he launches on March 14th.

Still no news on the Xbox Game Preview version of Rivals of Aether but Dan Fornance, lead developer of RoA, has promised that it is coming soon. This update also sees the introduction of a Tower of Heaven stage, which works very similar to the Warioware stages seen in Smash. At certain points during a match, an order will flash up on screen, forbidding you from doing a certain action. If you fail to comply, expect to eat some major damage and possibly lose a stock.

Check out the new trailer showing Etalus in action and we’ll have a full review on Rivals of Aether, once the game leaves Early Access later this year.