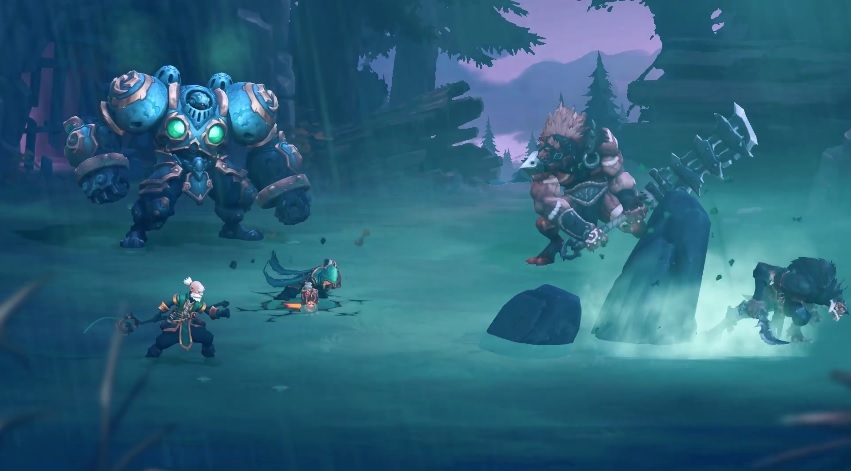 Good news for fans of old school RPGs and 90s era comics as thanks to a partnership between Nordic Games and Airship Syndicate, the developers of Battle Chasers: Nightwar, all of the campaign stretch goals for this video game revival of Joe Madureira’s comic series have now been reached. Nordic Games will be adding funds to the money raised from the initial Kickstarter, very similar to what 505 Games have done with Indivisible, meaning that desired features like full voice acting will be present in the final version of Battle Chasers: Nightwar.

Nordic Games and Airship Syndicate do have some deep rooted links to each other as Nordic now own the license to Darksiders after THQ went bump and many of Airship Syndicate’s staff worked for Vigil Games who created the Darksiders series. Even during the Kickstarter campaign, Nordic gave permission for War’s sword Chaoseater from Darksiders to be a backer reward, so there was evidence of a close relationship even from the game’s inception. With the announcement of this partnership, Airship Syndicate have released a new trailer for Battle Chasers: Nightwar, showing off its mix of influences from SNES-era RPGs like Chrono Trigger and Final Fantasy 6, as well as isometric dungeon crawlers like Diablo.

According to the Kickstarter page for Battle Chasers: Nightwar, it is scheduled for release in December of this year for PS4, Xbox One, PC and Mac. Check out the trailer below and keep an eye on the Battle Chasers Kickstarter for updates on the game’s development.