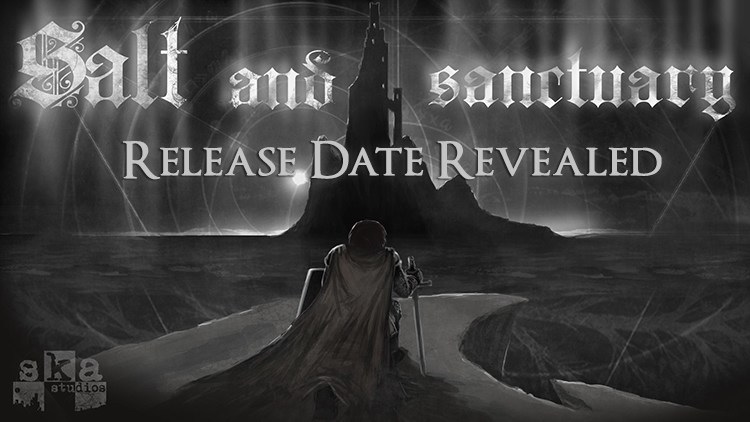 It’s a great time to be a fan of the Soulslike as Salt and Sanctuary, the 2D Dark Souls inspired action RPG makes its way to the PS4 on March 15th. Designed by Ska Studios, the two person team that brought you Xbox Live Arcade gems like Dishwasher: Vampire Smile and I MAED A GAM3 W1TH Z0MB1ES 1N IT!!!1, Salt and Sanctuary sees you taking the role of a shipwrecked sailor who wakes up on an ancient island, full of crumbling ruins and dangerous creatures that only wish to see you suffer horribly.

Fans of the Souls series will love Salt and Sanctuary‘s deep customisation options, with there being hundreds of ways to customise your stranded seafarer and over 600 items dispersed around this misty island. Combine a deep, stylish combat system stemming from Ska Studios’ action pedigree, a suitably grim aesthetic and loads of places to explore, you have the perfect game to get you in the mood for Dark Souls III in early April. You can also share Salt and Sanctuary’s darkness with a friend, as you can play the whole game via sofa co-op and even fight it out in local PvP.

The PC version of Salt and Sanctuary is planned for release in the summer with a Vita version on the horizon. Don’t worry, the Vita version will be crossbuy and crossplay, so you will be able to take this 2D Soulslike on the go when it does come to the Sony handheld. Salt and Sanctuary is part of Sony’s ‘Totally Digital’ initiative, which promises to be the place to go for select digital only experiences. You can pre-order Salt and Sanctuary from tomorrow on the EU PlayStation Store and receive a 10% discount until launch. If you want to see Ska Studios’ game in action, check out the stream below of the developers playing co-op for a good 3 hours, which you give you a perfect idea of what the full game will be like, come March 15th.