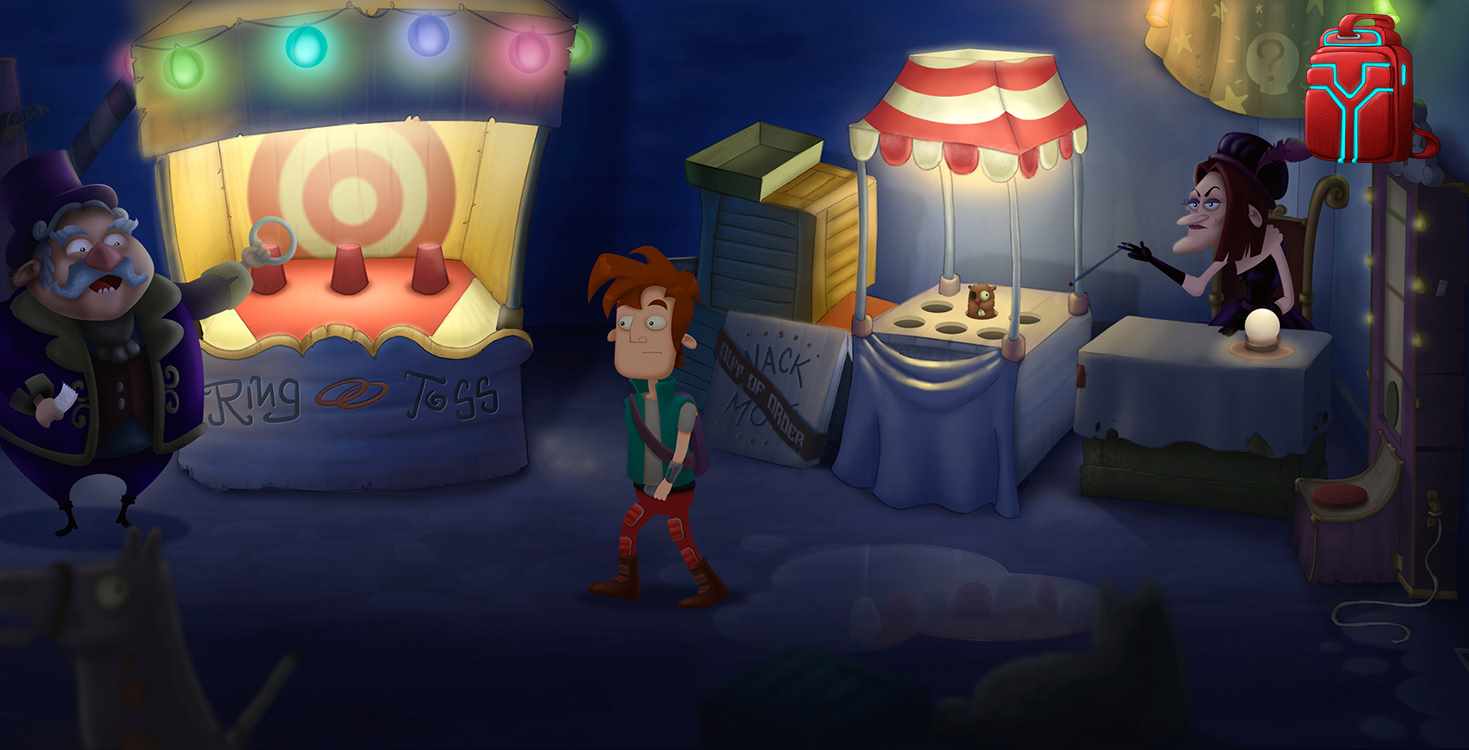 As a whole, point and click adventures are well known for their charming characters, improbable yet plausible plot lines and more puzzles than you could throw a rubber chicken with a pulley at. Funded through Kickstarter in 2014, Kelvin and the Infamous Machine is now available through Steam’s Early Access service for the humble price of £10.99. It is the story of a young research assistant named Kelvin, who works for Edwin Lupin, a professor who has invented a time machine in the shape of a shower. Ridiculed by the scientific community, Professor Lupin decides to use his newly invented device to ensure that he takes credit for every major invention throughout time.

Knowing the disaster that the Professor is about to cause, Kelvin jumps into the time machine himself to ensure that his mentor does not corrupt history, whilst at the same time trying not change the past through his own actions. Throughout his journey through the past, Kelvin will encounter several famous individuals such as Beethoven, Isaac Newton and Leonardo di Vinci, as well as encounter a wide variety of larger than life characters and solve a set of puzzles that would tax even Albert Einstein. If you are interested in taking a journey in a time travelling shower, you can watch the official launch trailer provided below, visit the official website, or you can visit the official Steam page to purchase the game.

Will you be joining Kelvin on his journey through history using a shower shaped time machine? Let us know if you are in the comments below?