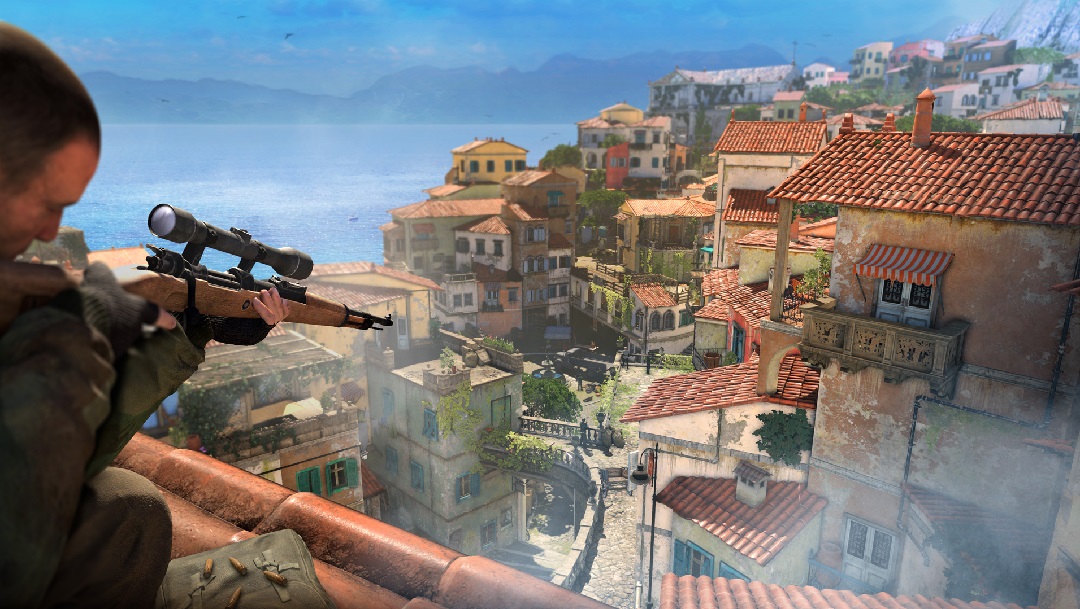 The Sniper Elite series is continuing its tour of World War II, moving from Africa up to Italy with Sniper Elite 4, which sees elite marksman Karl Fairburne fighting alongside the Italian Resistance to throw off the chains of Fascism and push the Axis forces out of the country. This installment will have players traveling round the peninsula, moving between coastal towns, lush forests and Nazi camps to strike decisive blows against the Axis powers.

Rebellion has said that the maps for Sniper Elite 4 are ‘many times the size of those seen in Sniper Elite 3′ and that these larger environments will provide even more opportunities for players to complete a mission in any way they desire. Sniper Elite 4 is being designed to run solidly on current gen systems, with the console versions running at 1080p and hopefully going toe to toe with the PC version of the game. The campaign is built for up to 2 players, so you and a friend can get in on the sniping action together, as well as in specific co-op and competitive multiplayer modes.

I appreciate Rebellion’s efforts of moving the Sniper Elite series to different places in the European Theatre of World War II and not just sticking to the usual lineup of D-Day, Stalingrad and Operation Market Garden. Visually, Italy provides many different environments for wannabe marksmen to skulk around in, compared to the usual desert scenery seen in Sniper Elite 3. Check out the announcement trailer below and expect more information on this sharpshooting sequel soon.