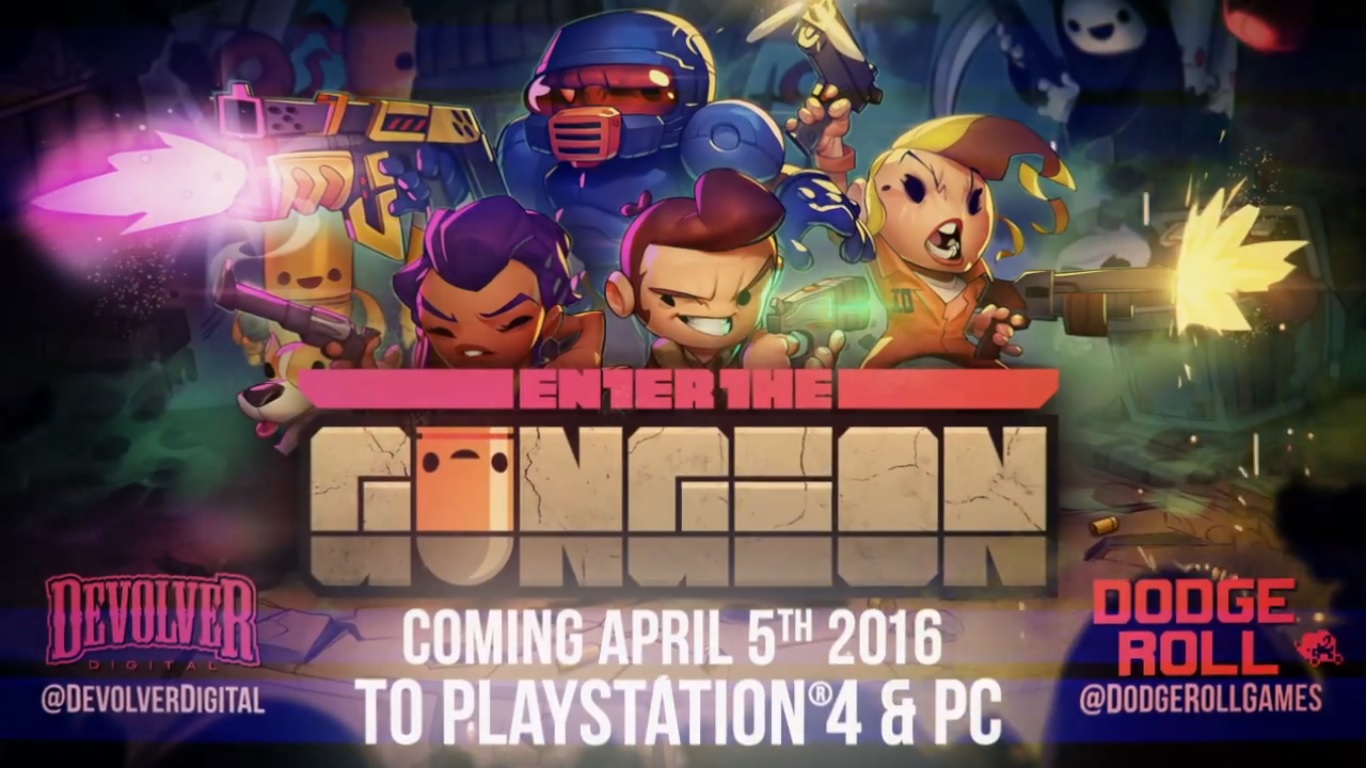 In Enter the Gungeon, you kill giant smiling bullets by shooting them with explosive bananas. Try to find many other games where that exact sentence applies. Enter the Gungeon is a fast paced roguelike that celebrates all things projectiles which has players delving into the depths of said Gungeon to find a gun which can kill the past. Finding said gun will involve players dodge rolling through floors of fiendish enemies, massive bosses and collecting an small arsenal of ridiculous weaponry, which includes your standard AK47s and shotguns, to replica NES Zappers which shoot ducks at people. It’s quite the wacky game, I’ll tell you that much.

Developed by Dodge Roll Games and published by Devolver Digital, Enter the Gungeon takes a lot of inspiration from other roguelikes like the Binding of Isaac as well as tough RPGs like Dark Souls while also blending it with tons of references and goofy jokes to make the incredibly challenging dungeon crawl that little bit more enjoyable. I interviewed the team at Dodge Roll during the early days of Gungeon’s development and I can’t wait to see how the game has evolved from those very early demos. You won’t have to wait all that long however, as Enter the Gungeon releases for PS4 and PC on April 5th so get ready to be rolling through waves of bullets and laser fire. Make sure to watch the gameplay trailer below and await our review very soon.