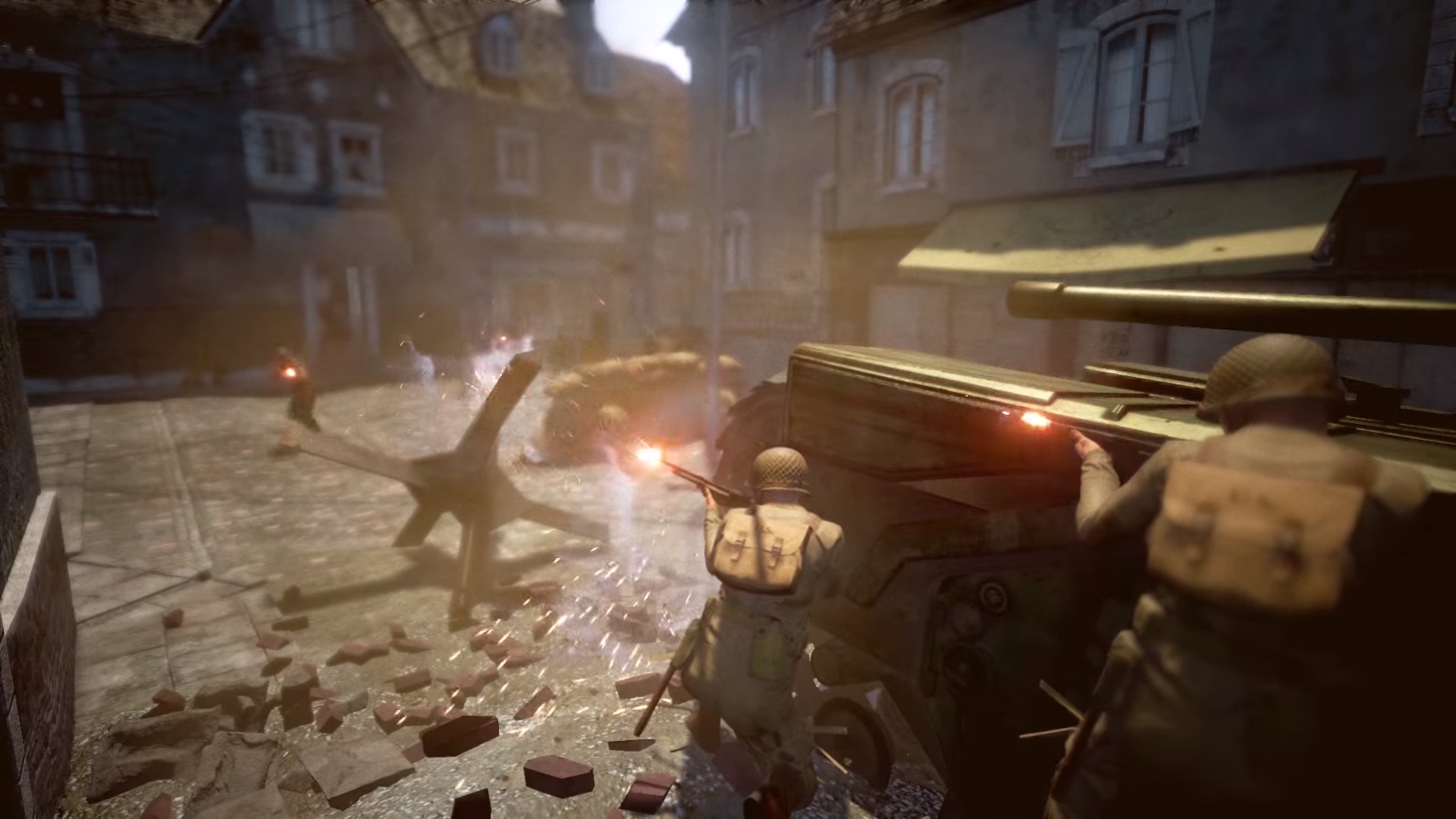 If Battalion 1944 wasn’t enough to fulfil your crowdfunded WWII multiplayer shooter needs, meet Days of War from Driven Arts. Eerily similar to shooter from Bulkhead Interactive, Days of War “aims to revive the style of classic WWII shooters from the 2000-2010 era” according to their Kickstarter introduction.

Interestingly George Rivara, Founder of Driven Arts and also Lead Programmer, explains that Days of War has actually been in development for two years already and they’ve used $130,000 of their own funds to get the game to the current pre-alpha stage. They’re looking for $100,000 on Kickstarter to “accelerate the final stages of development”, and $29 will buy you the game when it hits Steam Early Access. Your $29 will also get you a PS4 and an Xbox One key, so you can simply keep the key for your platform of choice and give the other two to friends.

Unreal Engine 4 is the software behind the Call of Duty 2 inspired shooter and the game focuses on class based combat. Kill streaks won’t be featured, they claim the only way to gain an advantage over your opponent is to have a better shot or position. In other words; skill.

They’re actively supporting the modding scene too, with Rivara stating modders will be given the exact same tools they used to build the game, as he reckons that’s the key aspect that was missing from older WWII titles. User created maps and gamemodes are what they’re aiming for, but also to take ideas created by modders and turn them into fully blown features.

There’s a few videos Driven Arts have released already, including an announcement trailer with pre-alpha gameplay. While watching it I found myself chuckling due to the cheesy music – probably not the effect they were aiming for, but give it a watch for yourself at the bottom and see what you think.

Driven Arts are aiming to have the Steam Early Access version up by August and out on other platforms by December. While there’s no estimated release for Battalion 1944 yet, I’d bet that’s a lot sooner than Bulkhead were planning. Competition is usually healthy and maybe we’ll see kids this Christmas begging their parents for the latest WWII shooter rather than a futuristic one?