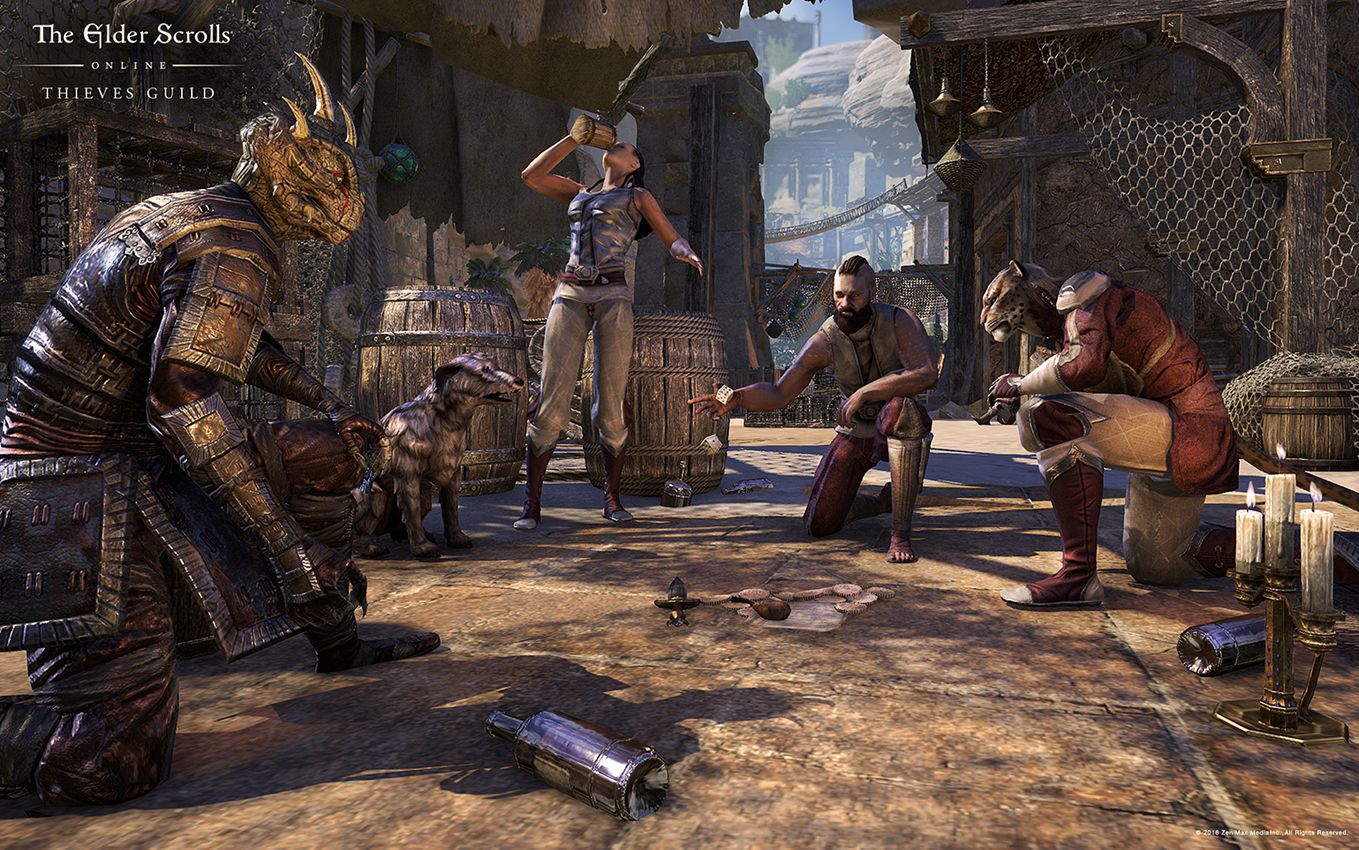 The long awaited addition to the Elder Scrolls Online: Tamriel Unlimited releases on March 7th for PC/Mac, March 22nd Xbox One, March 23rd on PS4. The Thieves Guild DLC will be free for those who have an active ESO Plus membership, otherwise it’ll set you back 2000 crowns (in-game virtual currency) purchasable from the ESO Crown Store.

If thieving, pilfering and generally being a dodgy member of society is your thing, then this will be right up your street…. or dark and dangerous looking alley. As you may expect, the new DLC includes a Thieves Guild skill line, new Justice system content and hours of new storylines to get stuck into.

The DLC  brings players to new locations set in Hammerfell, such as Hew’s Bane and the elaborate city of Abah’s Landing – HQ for the mischievous Thieves Guild. The new Hammerfell Camel mount will be available for purchase from the Crown Store as well as a Kindlespit Dragon Frog pet.

Team up with up to 12 friends or guildmates to take on the new Trial: The Maw of Lorkhaj, available to play in both Normal and Veteran levels. Unique and powerful items and item sets are obtainable for completing the trial, as well as weekly Trial leaderboard rewards.

A new Larceny System forms the basis of all your Thieves Guild shenanigans. Guild quests will be obtainable from certain notorious individuals across Tamriel, including heist and reacquisition missions.

The new Outlaw crafting style will see you looking the part whilst exploring two new delves: Bahraha’s Gloom and the ominously-named Shark’s Teeth Grotto. As well as all this, Assistants are a new feature – non-combat followers that can be summoned and dismissed at your command.

All this plus a lot more to be expected coming this March. Further details can be found in the trailer below or head over to ESO’s official site for pre-launch events to get your lockpick fingers tingling.