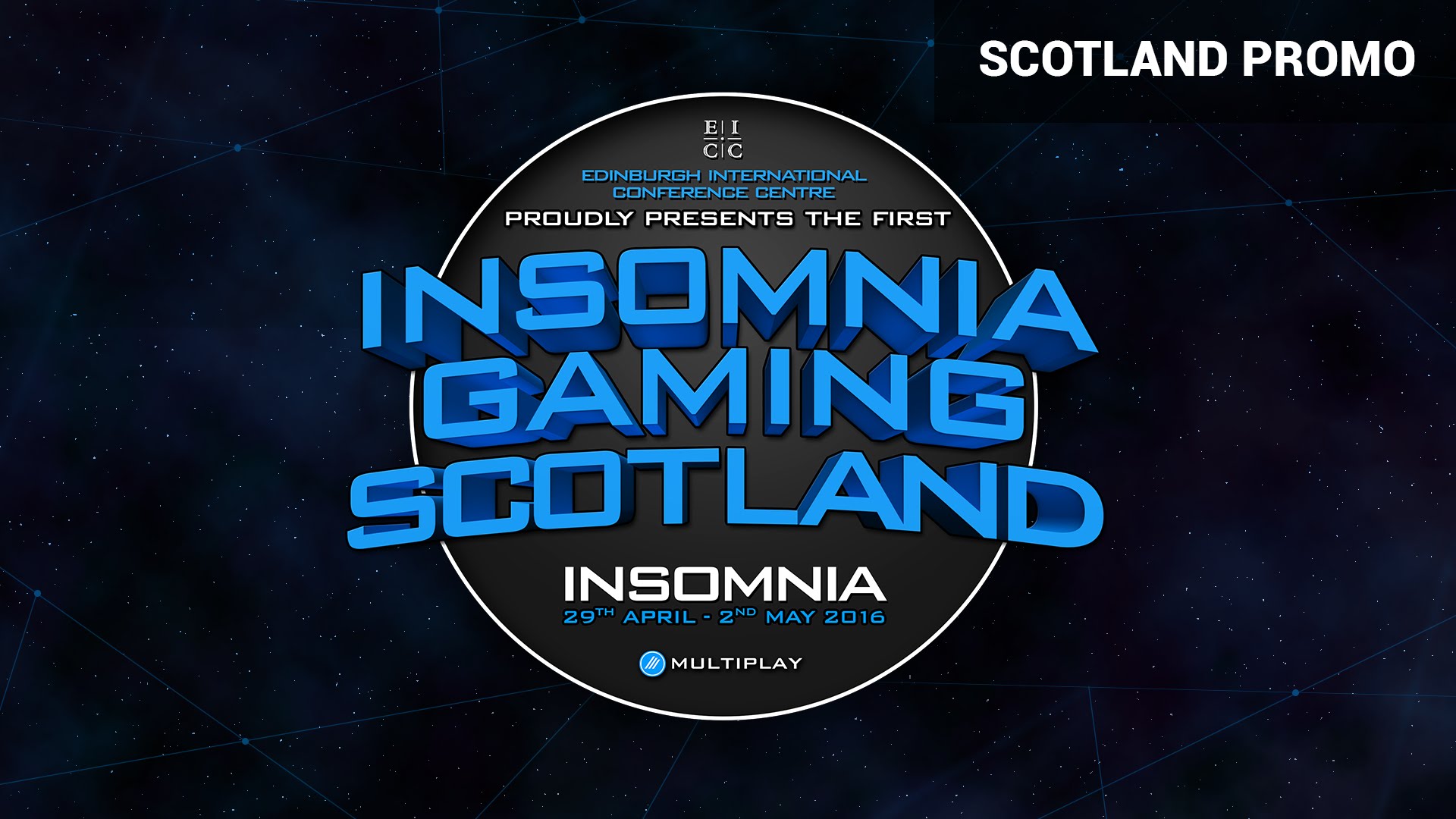 Insomnia Scotland, the first event outside of England from the Insomnia team, has just confirmed the prize pools for each of the competitive titles featuring at the EICC Edinburgh between April 29 and May 2.

All the major eSports titles will be in attendance, with a £1500 prize pool for both Counter Strike: Global Offensive and League of Legends. DotA 2 players will compete for their share of £200, while Rocket League competitors vroom vroom their way toward £150. Hearthstone and StarCraft II players will fight for part of £100. All the aforementioned tournaments require purchase of a BYOC (Bring Your Own Computer) ticket for £85 and can be purchased here.

Attendees with day tickets (£20 here) can take part in either the FIFA 16 or Street Fighter V tournaments, each with a £200 prize pool. Separate tournaments will be ran each day in the Expo Hall, so if you don’t achieve victory during the Saturday, you can return on the Sunday or the Monday with another day ticket and try again.

If competitive gaming isn’t your thing, Insomnia Scotland will be host to various other activities and entertainment, with eight special guests attending including the Yogscast for Q&A and panel sessions. Minecraft is also enormously popular at Insomnia events, with an entire zone dedicated to it.

For more information on Insomnia Scotland, visit their website.