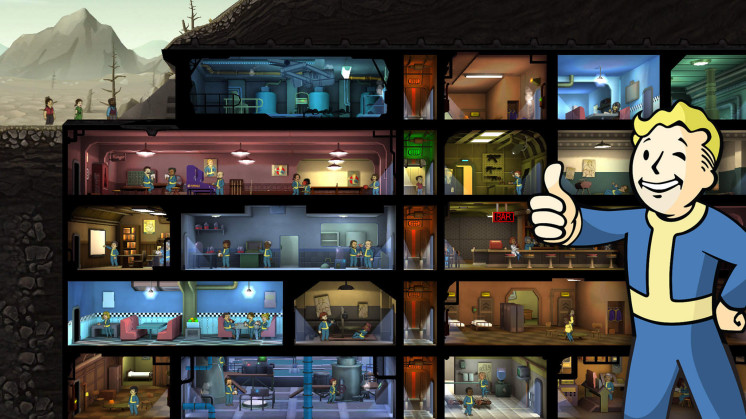 The latest Fallout Shelter update 1.4 is bringing a whole new gaming experience with it. Vault-Tec’s biggest update yet includes the ability to build new crafting rooms, a barbershop, a fifth card in lunchboxes, expanding the range of dogs and cats available to collect and adding parrots into the mix.

The mobile game released on iOS and Android ahead of the release of Fallout 4 allows players to become the overseer of their own underground vault. Build more rooms, breed your dwellers or attract new ones from the wasteland all while carefully managing your delicate resources and repelling the odd attack by raiders or even deathclaws.

Crafting is probably the most exciting new aspect of this update. Dwellers can collect junk and craft it into something useful like new armour or weapons. Junk can be found by exploring the wasteland and by the new fifth bonus card in lunch boxes.

The new barber shop is a cool feature, and probably one that will get utilized during the quiet times in your vault. I once had a child born who had a giant bold spot on top of his head with a few wispy bits. Had it right through childhood and into adulthood. Let’s just say he wasn’t a hit with the female dwellers…

Who doesn’t love pets? Adorable cats, dogs and now parrots are out there to collect and make neat additions to your vault. They also do more than just look pretty and give the dwellers who they’re assigned to unique bonuses.

The new update is expected to be released later this week.