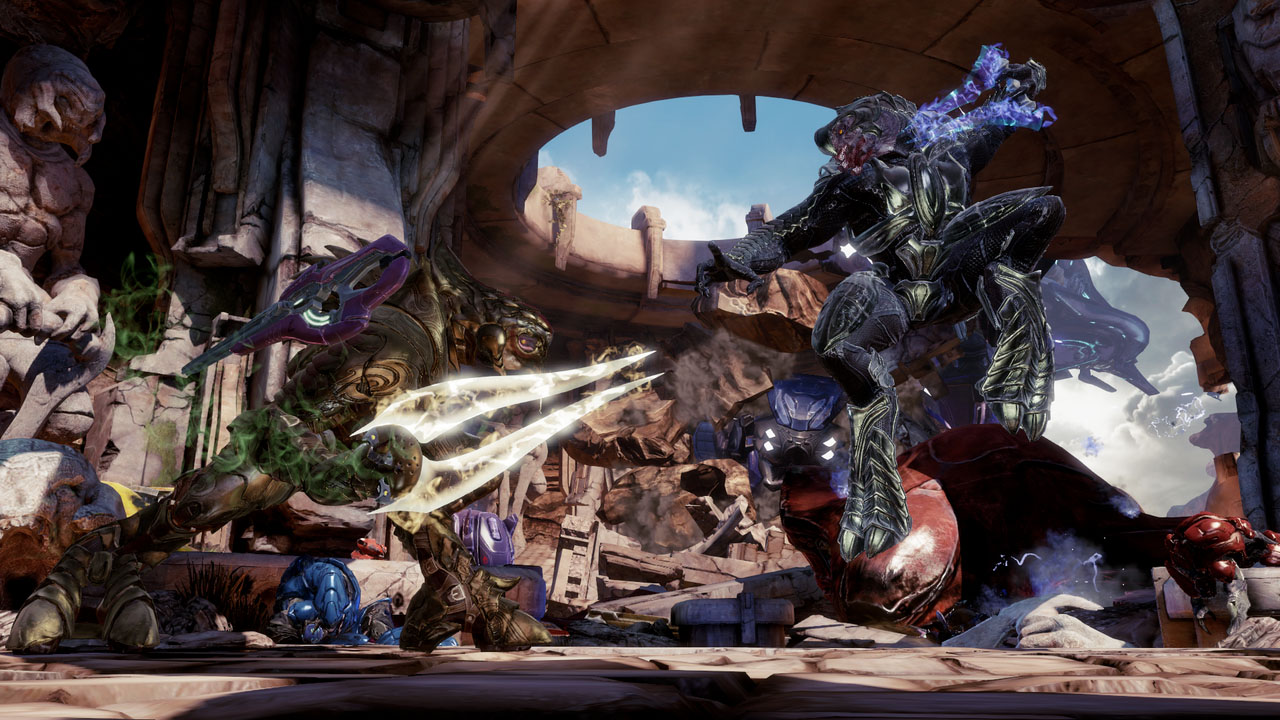 The costumes for the Arbiter were revealed by 343 Industries in Halo Waypoint’s latest update, stating that the Arbiter in Killer Instinct’s third season is not based on one previous, but instead an “amalgam of Arbiters past.”

Many of us will associate Keith David with The Arbiter, but this is not the Arbiter “David of course, IS ‘The Arbiter’ from the Halo game universe for all intents and purposes, and will continue to be as long as he’ll have us.” Frank O’Connor, Franchise Development Director for Halo explains. “But in Killer Instinct, we wanted to create multiple visual variations of the combatant archetype in the classic fighting game style, and so we leaned heavily on the ‘Hall of the Arbiters’ concept from the games, where we see armors and costumes from historical Arbiters in a kind of mausoleum.”

Killer Instincts default Arbiter will be look will be Kaidon, modelled after Thel Vadam from Halo 5: Guardians. The other costumes are Arbiter, Combat, Storm and Ranger.

All the Arbiters will use Type-51 Carbine, Plasma Grenade and Energy Sword as weapons. Season Three will be launching sometime in the coming month to Xbox One.