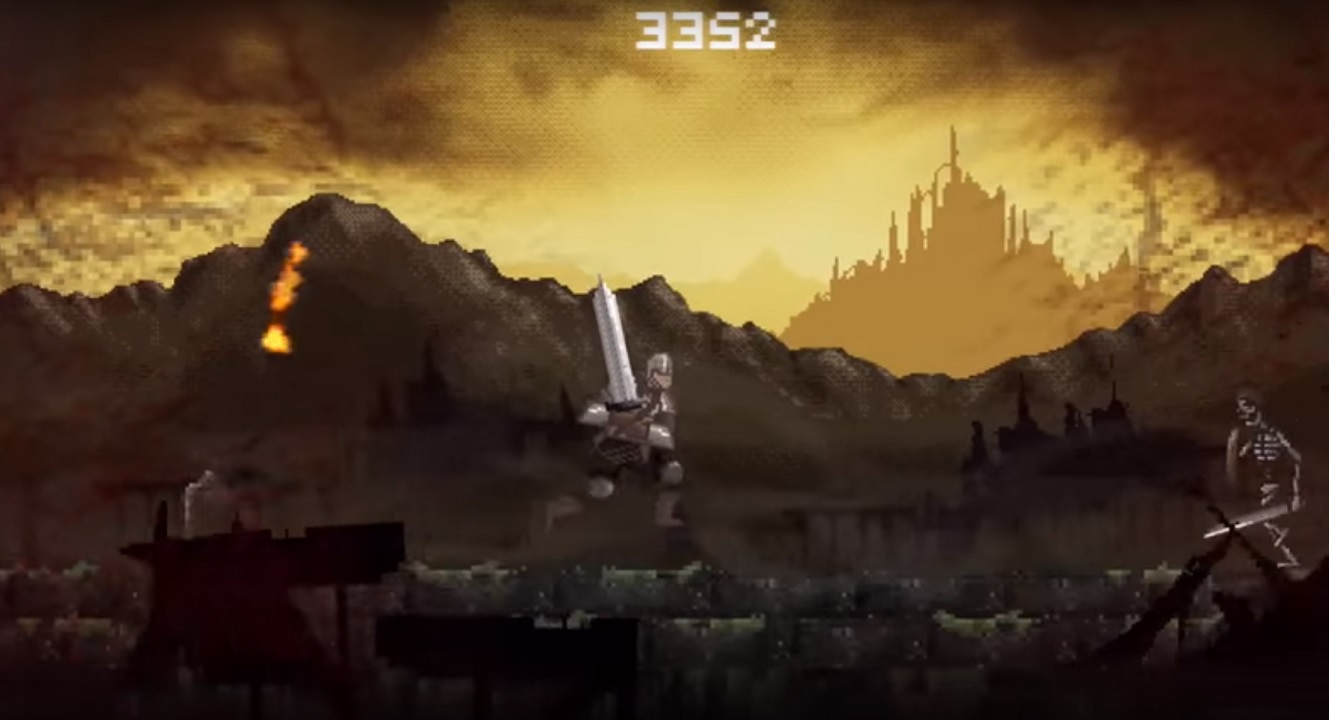 Yes, I’m not kidding, that is the title of the game. Dark Souls publisher Namco Bandai have joined forces with Gamestop for the surprise release of Slashy Souls; a challenging mobile title from the same vein as the main Souls series.

Namco Bandai have stated that though the title is clearly inspired by Dark Souls, it is by no means part of the original series and that it simply follows similar themes, including a heavy focus on challenge.

Slashy Souls takes what we like about Dark Souls and puts it through the lens of 16-bit graphics and is part of the runner genre (such as Temple Run or Sonic Dash).

You can see the video from Polygon below: