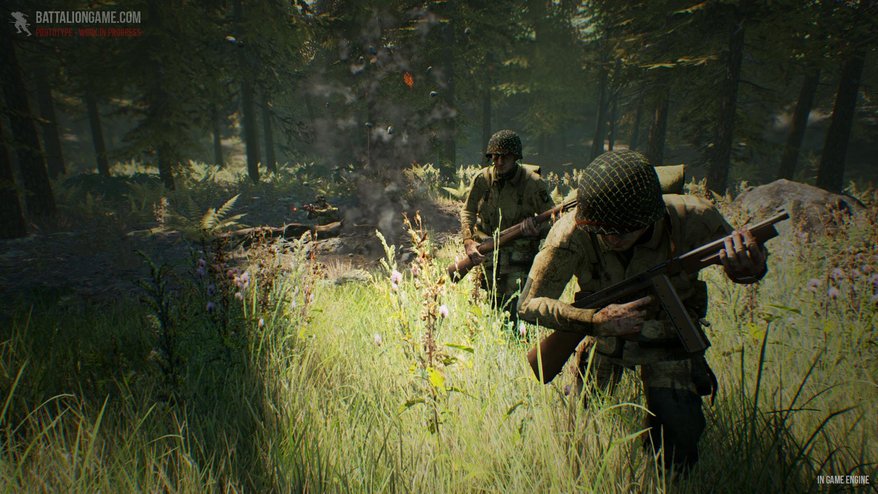 Three weeks ago, Battalion 1944 launched and smashed its £100,000 Kickstarter goal in just three days. Bulkhead Interactive confirmed stretch goals would be coming but they’ve only just been announced and given that there’s only 6 days to go and they’re on just over £250,000 at the time of writing, it’s safe to say they’re being rather ambitious.

They’ve pledged to create a single player campaign – if they hit £1.2 million in funding. Unless some very rich investors decide a modern take on a World War II shooter is worth their money, it’s not going to happen. They do however have some more realistic stretch goals such as a multiplayer map based around the events of D-Day for £300,000 and the introduction of British Forces for £325,000, including iconic British weapons such as the Lee Enfield rifle and Sten submachine gun. Two stretch goals have already been reached – £225,000 rewarded the addition of a full time Community Manager who Bulkhead will be revealing shortly, and £250,000 saw enhanced particle effects for ‘hyper real smoke and explosions’.

Bulkhead do have a valid explanation for the hugely ambitious final stretch target however. “Good single player campaigns aren’t cheap to make, there’s no ‘add single player’ button for us; it would cost a lot of time and money to make, hence the large funding goal.” As a bonus, anyone who backs Battalion 1944 at the £25 tier or above will also now receive an exclusive digital art book. Those who have already backed it, don’t worry – you’ll receive it too.

For more information on the project and the rest of the stretch goals, you can find the Kickstarter page here and also find their latest trailer, ‘The Final Sprint’, below.