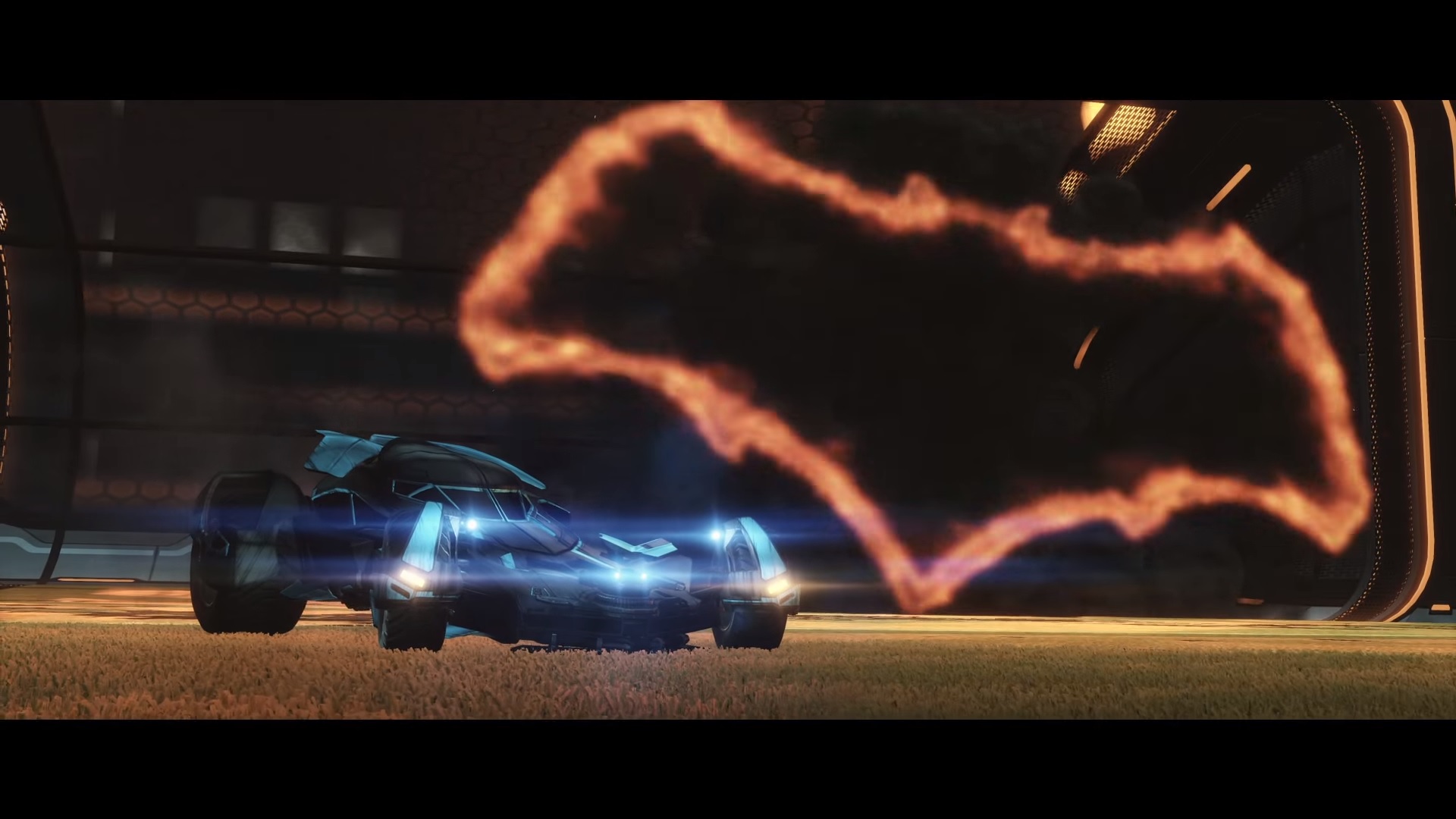 Psyonix have done a good job of maintaining the intimidating look of the Caped Crusader’s ride, not overdoing the blue/orange markings whilst still making it obvious which team you’re on. The Batmobile will be the second movie-licensed car to join Rocket League, with the DeLorean from Back to the Future already available for purchase.