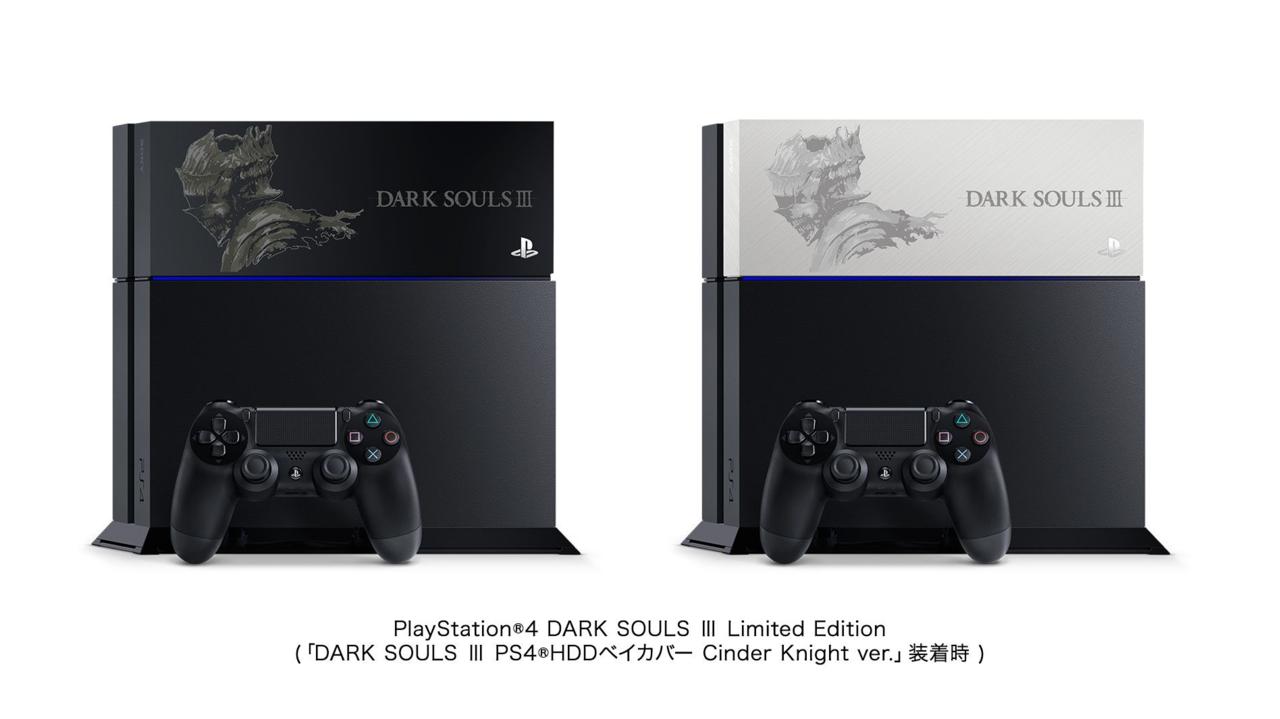 If you’re anxiously awaiting Dark Souls III and have yet to make the leap to next-gen, this may be your perfect chance to do so. Revealed earlier this year, the limited edition Dark Souls III themed PS4 models have now been given an official price by Playstation Japan. Coming as a bundle, buyers will get their chosen console, a copy of Dark Souls III, an exclusive disc sleeve and a soundtrack album. Sadly, there doesn’t seem to be the usual art-book thrown in there like previous titles.

Dark Souls III, alongside these sexy looking consoles will be released in Japan on March 24th with a worldwide release set for April 12. Xbox One owners can also look forward to a free bundle copy of the original Dark Souls if they pre-order now.