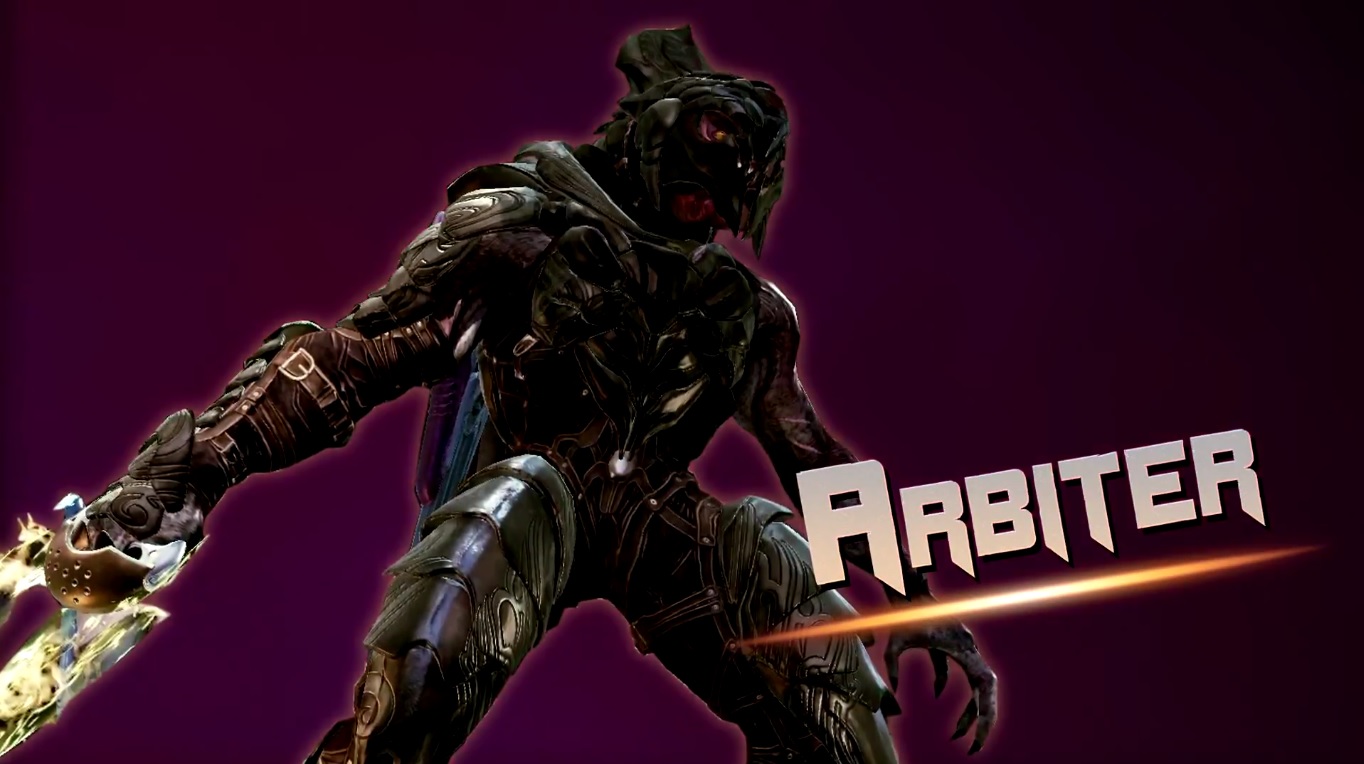 First revealed in a teaser during the Killer Instinct World Cup, the Elite warrior from the Halo series named the Arbiter, is joining the Killer Instinct roster in Season 3. He joins Rash from the Battletoads as the second guest character for Microsoft’s fighting game, using his Plasma Sword and Covenant Carbine to fight against mummies, reanimated skeletons and Tibetan warrior monks. He even uses his Active Camo during his battle, very similar to Fulgore’s own cloaking ability which he uses to teleport around the stage for tricky mixups.

His stage is set on the Elite homeworld of Sanghelios, where Elites are fighting a brutal skirmish while the two fighters are duking it out in the foreground. A Covenant dropship and a Scarab even crashes through the wall of the ruins during a player’s Ultra, really making the stage feels like it has been ripped straight out of Halo. Also, nice little touch by having Arbiter fight another Chief in his intro trailer, as the proper one seems to be away on a more important mission.

Season 3 kicks off this March and the characters that have been currently announced are Killer Instinct 2 veterans Kim Wu and Tusk, with Rash and Arbiter acting as the two guest characters. We will no doubt find out the other 4 or so fighters very soon, probably being a mix of new faces and some returning warriors. My personal bet is on Gargos or maybe Eyedol but I could be wrong. Check out the Arbiter trailer below and keep on the lookout for more Killer Instinct news, ahead of its Season 3 release in March.