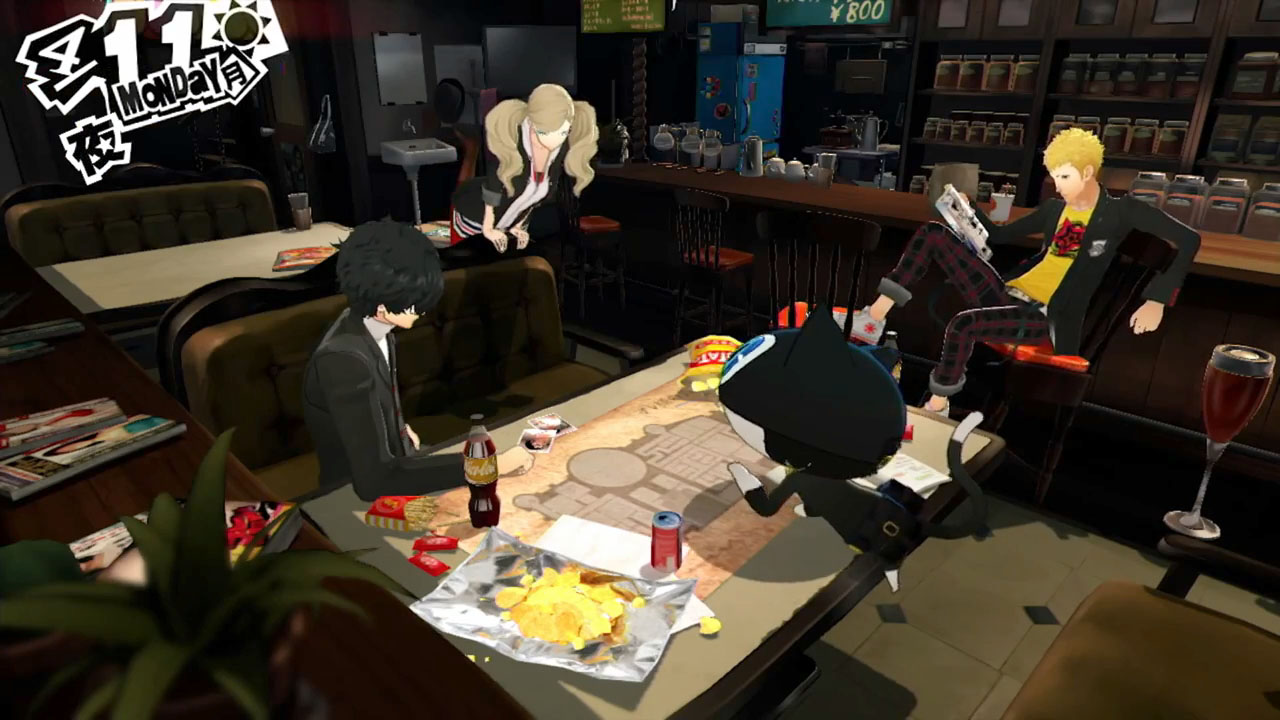 UPDATE – Four new screenshots of Persona 5 have been revealed.

Since the initial reveal of Persona 5 in 2013, the road to the new entry in the social link filled dungeon crawler series has been paved with occasional teaser trailers at major events such as the Tokyo Game Show, and titbits of information revealed by the director Katsura Hashino. The latest video revealed that the game is currently scheduled for Summer 2016 in Japan, with Atlus USA confirming  that an American release was to follow in the same year.

In a press release which detailed the contents of the new issue of Persona Magazine, which is due out on the 23rd of February 2016, it has been revealed that an interview with Katsura Hashino will be included, and he will be speaking about Persona 5. As well as the interview, the magazine will also feature an extended preview of the characters and their Persona partners that have already been announced by ATLUS.

It is not known if any new information will be revealed in the interview or the previews, but as the release window of Persona 5 draws ever closer, the chances of receiving the final street date of the long awaited sequel are growing considerably in our favour. Do you believe that some vital new Persona 5 information will arrive with the magazine? Let us know what you think in the comments below.