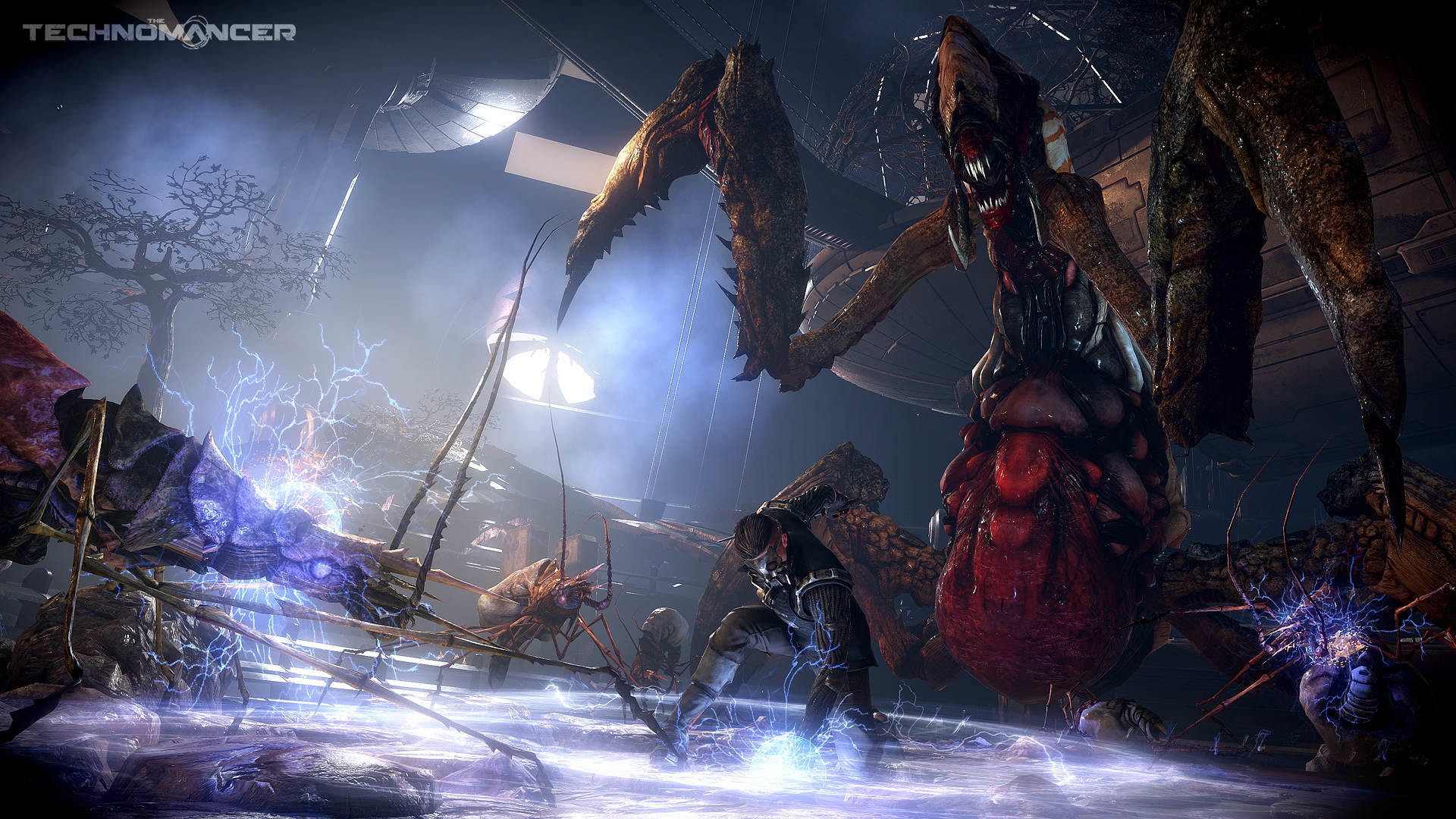 Get Your Ass to Mars. Yes I know technically Mass Effect did get its ass to Mars in Mass Effect 3, but my point stands; The Technomancer looks to be heavily inspired by Bioware games, specifically the Mass Effect series with more than a pinch of CD Projekt Red’s The Witcher 3: The Wild Hunt thrown in there for good measure, if the first gameplay trailer is anything to go off.

Perhaps The Witcher 3 is the greater influence of the two, with the combat and magic system seeming very reminiscent of Geralt’s latest fantasy romp but that Mass Effect feeling refuses to go away for me, perhaps because The Witcher itself took inspiration from Bioware’s earlier work. Whatever the truth may be though, The Technomancer has just put itself on my radar in a big way. Brutal dystopian future on Mars, filled with savage combat and the opportunity for the occasional no pants dance with one of several AI companions. This is the closest we’re ever getting to a Total Recall game. Also that giant crab monster at the end, what’s all that about? We’ll have to wait and see, but this is one to watch.

The Technomancer is an action-RPG being developer by Spiders. No not actual spider, that’s just the company name. I hope anyway. The French developer’s previous works don’t exactly light my loins on fire with joy, with their most notable titles being the rather mediocre Bound by Flames and Mars: War Logs, a relatively unknown XBLA and PSN title which is actually set in the same universe as The Technomancer. Whilst Mars: War Logs was met with middling reviews, it seems like Spiders and their publisher Focus Home Interactive are throwing a lot more clout behind this second entry in the series.

The Technomancer is coming to PS4, Xbox One and PC sometime in 2016, with no release date confirmed at this time.