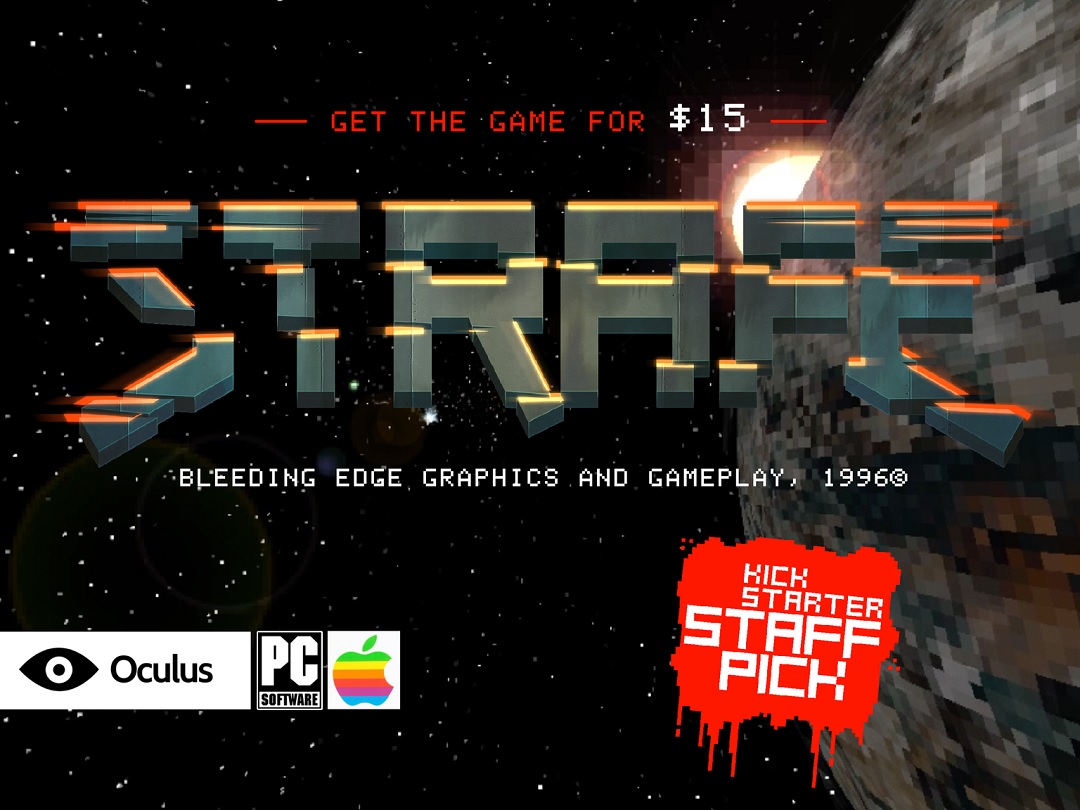 To celebrate the successful funding of their incredibly 90s shooter STRAFE, the people over at Pixel Titans have released a hilarious trailer, as a reward for all their dedicated backers. For those who don’t know, STRAFE is a shooter that was lost in the mists of time in the dread year of 1996 and thanks to the work of the Pixel Titans, they are bringing this uber gory shooter to the far flung time of 2016, complete with 32 bit colour.

Being serious, the Pixel Titans have gone the extra mile to make STRAFE feel as 90s as possible, complete with the eye straining promo site, complete with bright orange text, flashing Word Art and animated bleeding skulls. All STRAFE levels are randomly generated, with billions of possible level combinations according to their Kickstarter and loads of power ups to make it just like those lighting fast shooters from the 90s. STRAFE is also compatible with the Oculus Rift, so you can experience real UBER-GORE technology and throw up your lunch as you tear arse round a space station.

STRAFE plans to launch around May this year, for PC and Mac. I’d definitely give both the Kickstarter and official page a look if you want a feel for just how tubular STRAFE is going to be. This’ll be the closest you can get to returning to the 90s bar booting up Quake II on an old CRT, while blasting a crappy MIDI version of ‘Do the Bartman’.