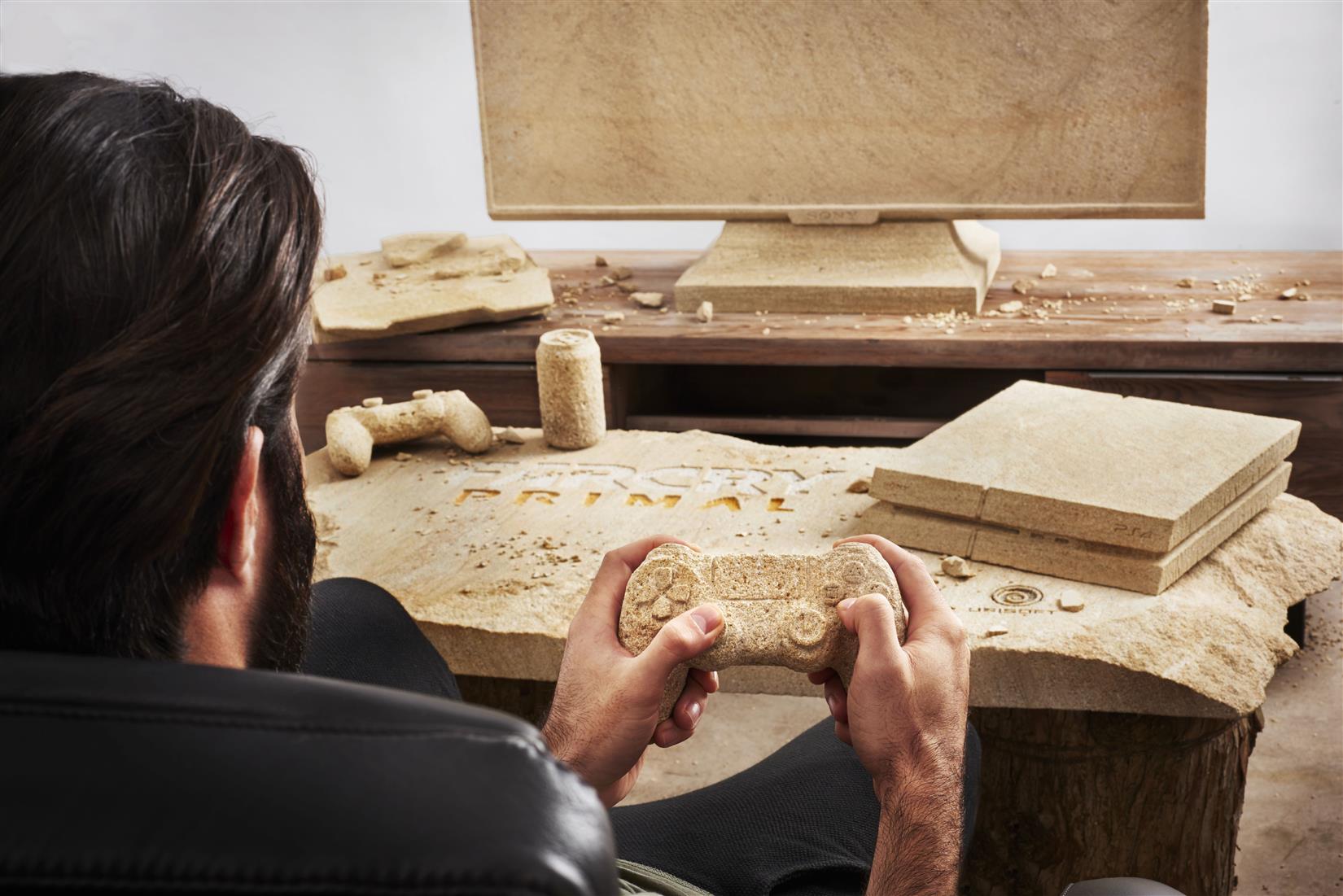 These prehistoric versions of modern staples in homes across the world were created to showcase the Stone Age era Far Cry Primal transitions into. You can watch a short timelapse of Nick Roberson hard at work below – the final result looks outstanding.

“This project was undertaken to highlight the vast landscape and rich setting of the Stone Age era in Far Cry Primal,” comments Tom Goldberger, Senior PR Manager at Ubisoft. “Nick has managed to immortalize, in stone, the beautiful, elegant designs of these iconic items with unbelievable accuracy.”

Nick has over 20 years of experience with stonemasonry, including work for Hollywood movies. “This project was a great challenge for me and I really enjoyed seeing the modern and techy items come together in this natural form. The buttons of the controllers were certainly tricky but I’m delighted with the final results and the fantastic way they’ve been collated for the shoot.”

Far Cry Primal sees the player take on the role of protagonist Takkar, a hunter-gatherer in the fantasy land of Oros directly after an ice age. A vastly different take on the Far Cry franchise from the previous few instalments which saw players on a tropical island in 3, then the Himalayas in 4, both in modern times. Rather than utilising guns and grenades, players will have to use spears and slingshots to overcome the plethora of dangers in the wilderness.

Far Cry Primal releases next Tuesday, February 23, on PS4 and Xbox One. The PC version releases on March 1.