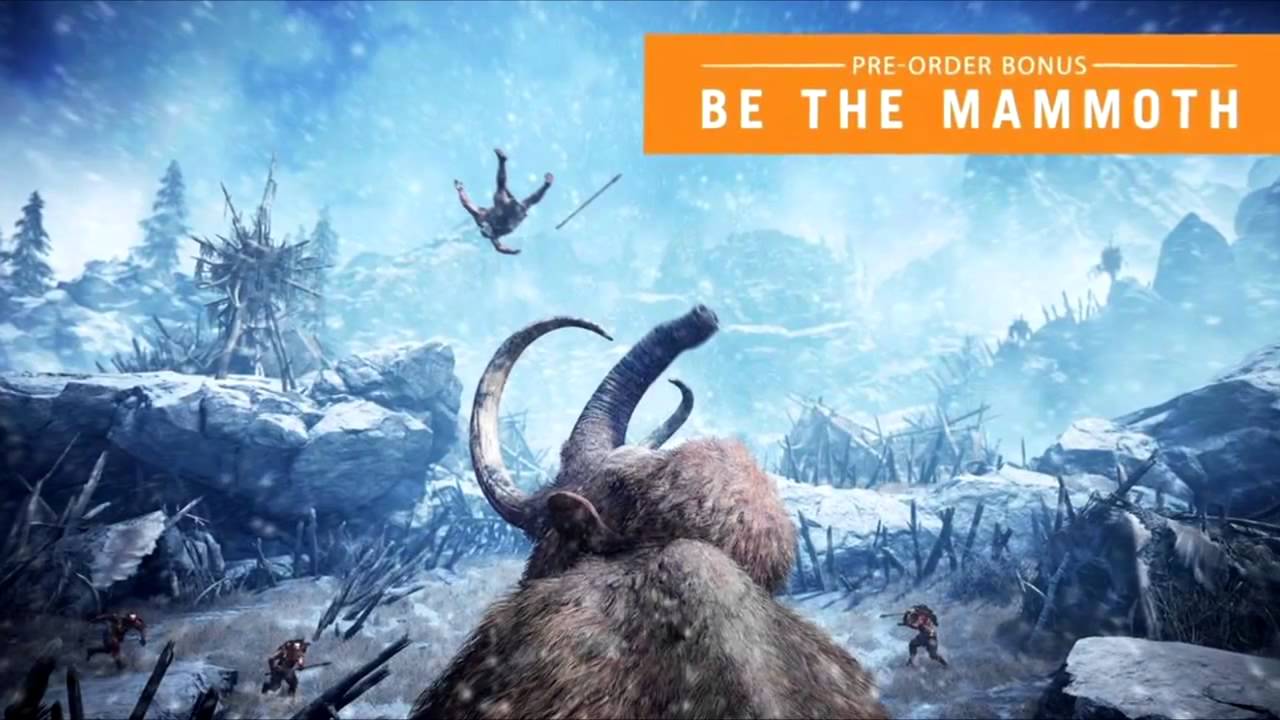 Ahead of the release of Far Cry Primal next week, Ubisoft have released a new trailer called Legend of the Mammoth. In it you see Takkar, the protagonist, drink a concoction from what appears to be a tribal leader and turn into a mammoth, swiping at enemies with his trunk and crashing through barriers to free others of his kind.

It’s only available currently to those who pre-0rder Far Cry Primal ahead of launch, and you’ll receive three missions focused on playing as a mammoth and ‘taking revenge on the humans’, as the trailer claims.

While it looks a little gimmicky, I think it’s a neat idea to inject some fun into the series, although I’m not a fan of exclusive pre-order bonuses; it should be available to everyone who buys the game, even if it costs a small amount for those who don’t pre-order. These things often become simply timed exclusives however, so we’ll have to wait and see.