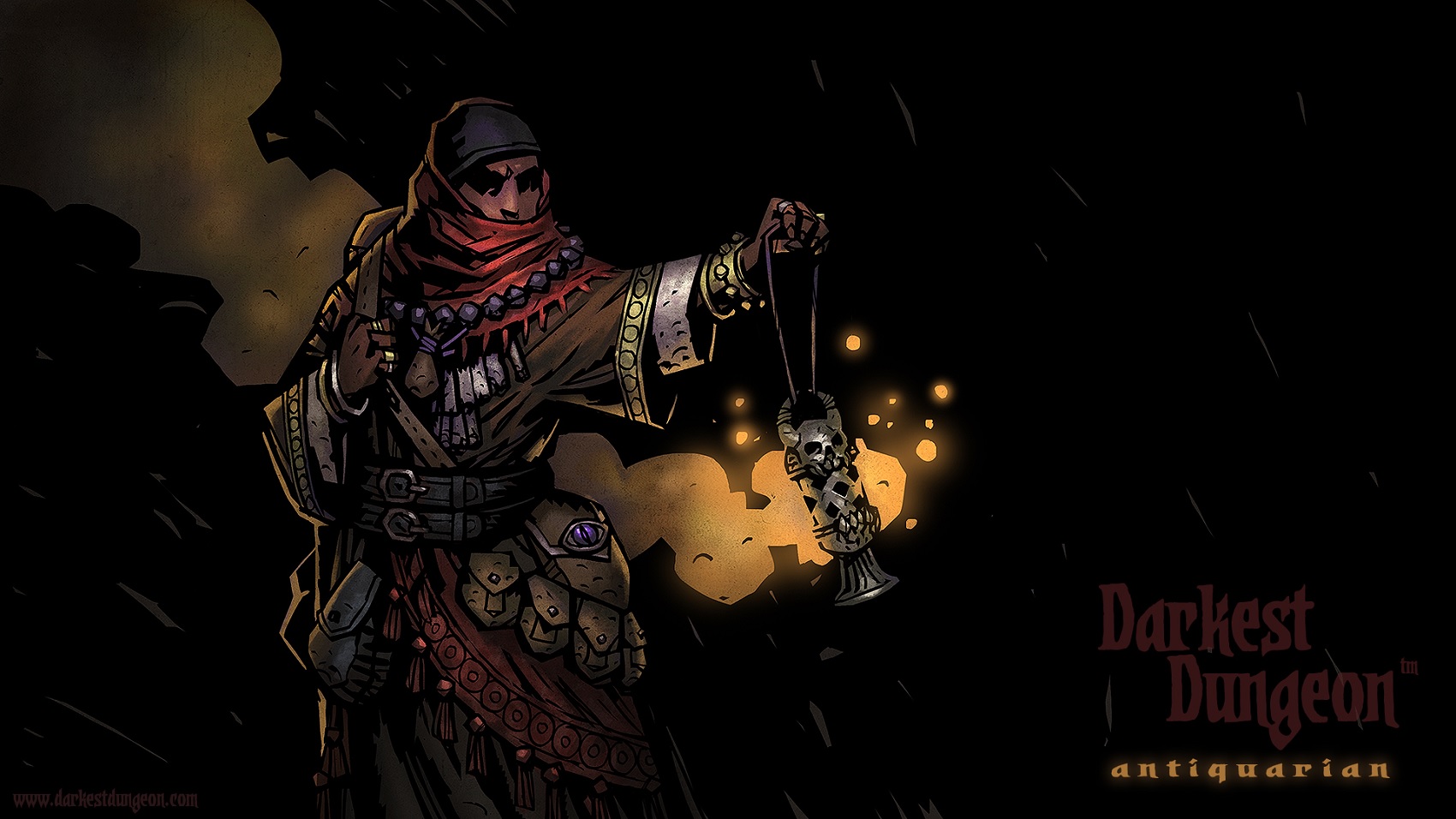 The Antiquarian, previously called the Merchant during development of Darkest Dungeon, is the final class to be added to Red Hook’s gothic dungeon crawler and she is until anything seen in the game before. Unlike every other class in Darkest Dungeon, the Antiquarian has no interest in slaying demons or gaining glory on the battlefield. Instead, she is solely in the dungeoneering game for cold hard cash.

She has no proficiency in combat, focusing solely on raiding as much gold from the haunted tombs and corrupted forests that circle the Hamlet. She drastically increases the gold that you acquire after battles but beware that she is not at all trained in martial arts. If you are expecting her to hold her own in a fight, you’ll be sadly disappointed and end up with a very rich corpse returning to base. The Antiquarian will be added during the March update of Darkest Dungeon, which will also see the inclusion as special Town Events and the release of the Linux port of the game, if all goes to plan.

After this, the future of Darkest Dungeon does is bright, despite its incredibly dingy subject matter. The coming months should see the introduction of Steam Workshop support, as well as the PS4 and Vita launch of Darkest Dungeon for console fans of gothic horror. Make sure to check out the blog post on the official Darkest Dungeon site for the latest update information.